'Things can only get worse!' Brian Cox's daunting claim after universe discovery revealed 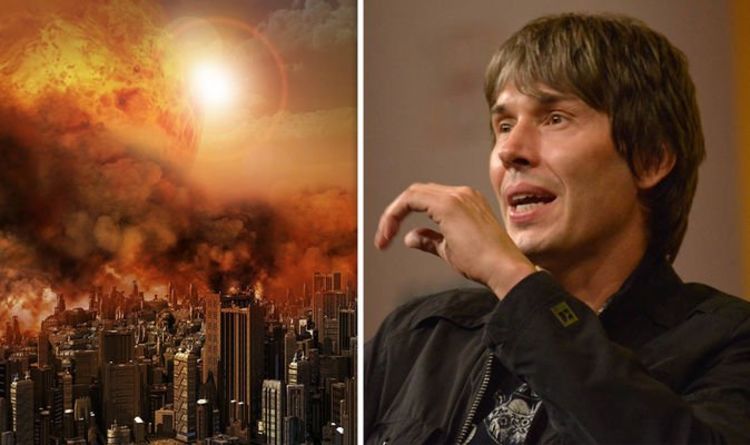 The Sun is the star at the centre of our Solar System, an almost-perfect sphere of hot plasma which provides the most important source of energy for life on Earth. It formed approximately 4.6 billion years ago from the gravitational collapse of matter within a region of large molecular clouds, which initiated the nuclear fusion we see today. The Sun currently fuses about 600 million tonnes of hydrogen into helium every second, converting four million tonnes of matter into energy every second as a result, which is the source of its light and heat.

But, Brian Cox revealed in his two-part film, “Life of a Universe” how he discovered that this will not be the case forever.

He said in 2017: “We all get used to the idea that we live finite lives, perhaps that’s why we believe in leaving a legacy, through our children and grandchildren.

“But what about the legacy of the internal? Can you imagine taking the great achievements of our civilisation and chiselling them down to granite to leave them as a record for the far future?

“Or do the laws of nature conspire to make that impossible, or will all trace of our civilisation one day vanish?

“What will be our fate? And what is the ultimate fate of the universe?”

Professor Cox went on to cite why the idea of the world coming to an end was put forward by Isaac Newton in his second law of motion.

He added: “There is a law of physics called the second law of further dynamics and, to paraphrase it, it means – on a global scale across the universe – things can only get worse.

“So things tend to get more disordered, they tend to decay away.

“I was once involved in putting the opposite forward, that things can only get better, (in reference to his part in D:Ream’s Nineties hit) but that’s a gross violation of the second law of further dynamics.

“But our Sun won’t live forever, which will obviously have a direct impact on all life on Earth.”

Professor of Solar Physics at the School of Mathematical Sciences in Monash, Paul Cally, then gave his prediction on exactly when this will happen and what it will mean.

He said: “The Sun is about halfway through the phase where it’s burning hydrogen.

“It’s making helium and it’s got what’s called the solar luminosity, it’s putting out that much heat and light, but that is going to be slowly increasing.