Think iPhone 11 Pro is too expensive? We’ve got bad news about the Apple iPhone 12 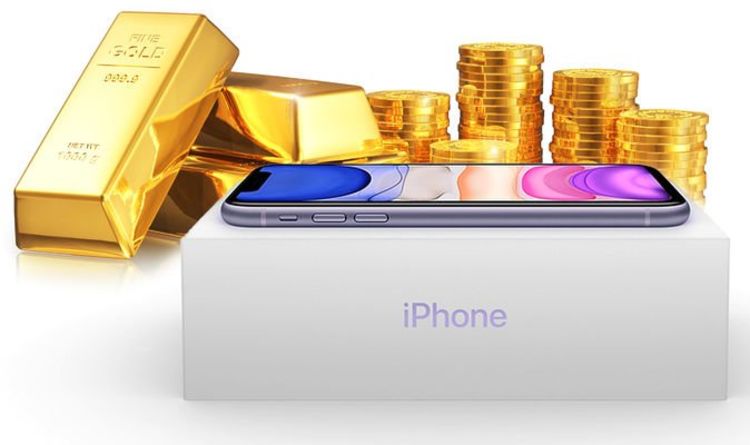 iPhone prices are set to rise again, according to a new report around the as-yet unannounced iPhone 12.

The Apple-focused analyst Ming-Chi Kuo, who has a stellar track record when it comes to forthcoming hardware from the Cupertino-based company, believes the addition of 5G support to the iPhone line-up is likely to seriously boost price tags.

In the months ahead of the launch of its 5G-enabled smartphone, OnePlus CEO Pete Lau tried to temper expectations by saying that including support for the next-generation network technology will always add between $ 200 (£155) and $ 300 (£235) to the price of any device. And it seems Apple isn’t prepared to swallow the extra cost.

Instead, Ming-Chi Kuo claims Apple will increase the price across the board to keep the same profit margins, despite the increased cost of the components. Talking to AppleInsider, Ming-Chi Kuo states that 5G circuitry can cost as much as 60 percent more than its 4G counterparts.

According to Kuo, the cost of a 5G iPhone chipset will increase by 35 percent. Of course, this doesn’t mean Apple will literally crank-up the prices by the same margin.

However, Ming-Chi Kuo is pretty confident that we’re going to see the iPhone price increase. Given the top-tier iPhone 11 Pro Max, which costs £1,499 SIM-free, is already the most expensive smartphone ever sold by the US company, we’re likely to see some more record-breaking prices very soon.

Just for fun, we calculated what a 35 percent increase on the maxed-out iPhone 11 Pro Max would be and, well, it’s an eye-watering amount. It would mean you’re faced with a £2,023.65 price tag on the 5G-powered iPhone 12.

Elsewhere, the next iPhone is widely-expected to have a 120Hz high refresh-rate OLED, exactly the same as the so-called ProMotion screen found on the iPad Pro range. Another iPad feature that’s likely to make the leap across to the smartphone range is the ability to use Face ID to unlock the device from any orientation – instead of requiring users to hold the smartphone in a portrait orientation, like on the current model.

We’d expect to see improvements to the triple-camera system on the iPhone 11 Pro, as well as the ability to wirelessly-charge your AirPods and AirPods Pro from the back of the handset, like we’ve seen on the Huawei P30 Pro and Samsung Galaxy S10 series.

Provided Apple sticks with its typical release schedule, we’re likely to see the new flagship iPhone in mid-September 2020. Rumours of a low-cost iPhone SE launching in March have started to circulate in recent months, too.