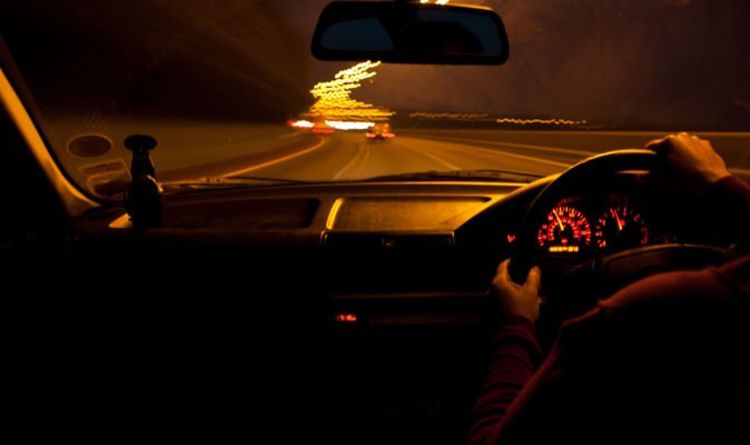 The driver was sent the bill for driving along the middle lane of the M20 motorway for three miles before being stopped by police officers. When the crew stopped the driver he stunningly claimed he had not done anything wrong.

Kent Police issued the driver with a Traffic Offence Report which means he faces a £100 fine and three points on his driving licence.

The force revealed the incident on their Twitter page, with officials from Kent Police showing the car on the middle lane of the empty carriageway,

The image was accompanied with the caption: “This driver was stopped having driven for a colossal 3.050 miles in Late 2 of the M20 without any other vehicles about. The driver refused to accept that this was Careless Driving. TOR issued.”

Concerned motorists called upon the police to take more action against middle-lane hoggers on social media with many suggesting more offenders needed to be stopped.

He added: “I don’t blame him for refusing careless driving as he clearly is not carelessly driving. Go fight crime chaos, a chap driving on an empty [motorway] is not fighting crime.”

The changes in legislation out middle-lane hogging onto the same category as tailgating and even driving through red traffic lights.

Middle-lane hoggers can cause increased congestion as several motorists all push into the outside lane to overtake the slow-moving vehicle.

This can increase danger on the roads as cars move closer together and speed up to overtake the offender.

“Middle lane hogging is when vehicles remain in the middle lane longer than necessary, even when there aren’t any vehicles in the inside lane to overtake.”

However, there are concerns the law is unknown to motorists as many admitted they were not aware they could face fines.

A Confused.com study revealed one-third of motorists do not move over to the slow lane when it is clear to do so.

The survey also revealed 37 percent were not aware they could be to with a £100 fine or driving on the middle lane.

Despite many motorists not knowing about the fine, RAC data revealed 77 percent of road users surveyed are in favour of enforcing middle-lane hugging offences.

The RAC suggested the offence could be unknown as motorway driving is not a feature of UK driving lessons.

London and parts of the M25 topped the list,  followed by Northern Ireland and the North East of England.