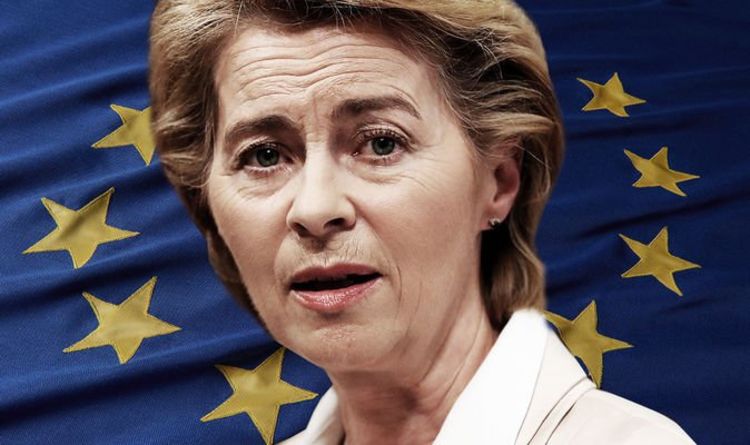 The ominous warning came from high profile eurosceptic in France, Marine Le Pen. Having spent much of her career taking aim at Brussels, she was one politician in Europe who was especially delighted when Britain voted to leave the bloc in June 2016.

Just days after the historic result, in which the Leave campaign secured victory with 52 percent of the vote, Ms Le Pen dealt further blows to the EU’s pride.

Four days after the vote, she told Time Magazine: “This is the beginning of the end of the European Union. And I hope the birth of the Europe of nations, a Europe of cooperation, that we’ve been propounding for years.

“They are doing exactly what they did in the Soviet Union. When the results were not in line with expectations, [the Soviets] would say it didn’t work because there was not enough Communism.

“And the European Union is the same. Each time there is a failure they say it is because there is not enough Europe.

“The British people have just said ‘stop. For us it’s the end. It’s over.'”

The leader of the National Rally (Front National) party in France said that the Brexit vote had shown that her country was also capable of defying Brussels and following in the UK’s footsteps.

“Brexit has given a new demonstration. They told us that it was not possible to leave the EU. The British people just showed that yes, it is possible.

“So, we’ve taken note. They joined together to demonstrate against the system. The people in fact wanted to get out. And me, I say, that in many other countries in the EU people also want to get out.”