‘This is the worst nightmare for the Trump campaign’ 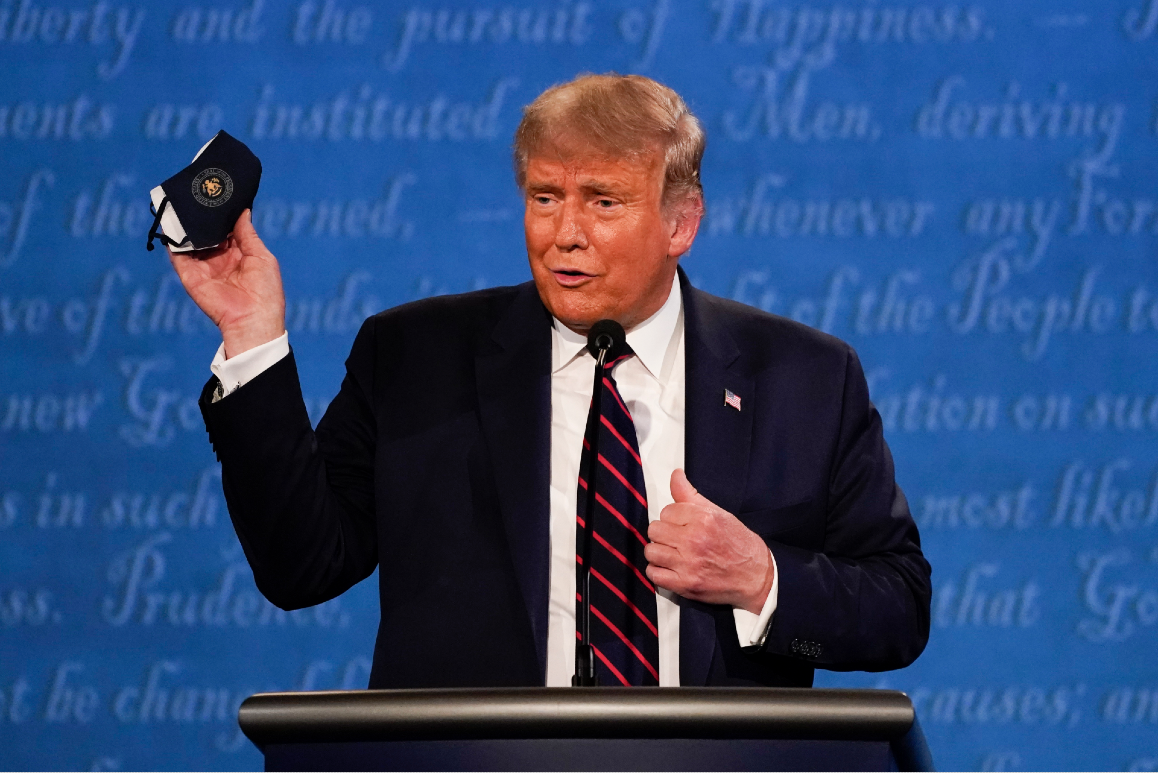 It was just this week, during the first presidential debate, that Trump mocked Biden for his mask-wearing, saying, “Every time you see him, he’s got a mask.”

Trump’s announcement of his positive test undercuts constant GOP criticism of Biden’s decision to limit his own public appearances and choice to cloister for stretches at his home in Delaware. It also diminishes the effectiveness of Republican charges that Biden’s cautious approach to travel is primarily designed to shield the 77-year-old Democratic nominee from public scrutiny.

Trump’s illness, one Republican campaign consultant who worked in the Reagan and George H.W. Bush White Houses predicted, will be viewed as validating “Biden hiding out in [a] bunker for preventative reasons,” and not, as Republicans had maintained, the “onset of dementia.”

Rob Stutzman, a Republican political strategist who has been critical of Trump, described it as a “devastating blow” to the Trump campaign, “the ultimate rebuke to his callous mishandling of Covid.”

The full extent of the political fallout is unclear. If Trump becomes seriously ill, it stands to underscore Democratic arguments about his coronavirus leadership and mar the strong-man image he assiduously cultivates. If the physical consequences are less severe, he might find an opportunity to downplay the seriousness of the disease. An illness could also serve to humanize one of the coarsest presidents in history.

In either scenario, the positive test will put enormous pressure on a White House known for its secrecy, chaotic internal operations and loose relationship with the truth to avoid any misstep or public confusion that could affect the campaign.

There was uncertainty Friday within the president’s political orbit about what this means for his re-election prospects. Some White House aides were eager for the president to go on TV and address the nation.

Four years ago this month, Trump weathered both the release of the “Access Hollywood” tape and the Obama administration’s assertion that Russia was meddling in the election. The implications of those events were widely overestimated.

“Something upends the campaign every day and it is not yet possible to see how this plays out,” said Mathew Littman, a Democratic strategist and former Biden speechwriter. “I hope Trump gets healthy and then loses by a lot. Trump was already in deep trouble in this campaign with no real plan to turn this around.”

But it is also more than that, with potential health, national security and financial implications that will reverberate beyond the campaign. International financial markets were shaken overnight.

“This is a geopolitical event,” Stutzman said. “Our enemies are watching. If he falls gravely ill, the chaos could multiply … If Americans of any political stripe reflect on this news, they should be shaken.”

Trump is overweight and, at 74, at higher risk for severe illness. But Conley said in his memo that Trump and the first lady are “both well at this time.” The likelihood, doctors said, is that he will recover.

But even the possibility that Trump might become seriously ill had strategists in both parties discussing the potential implications of succession or the 25th Amendment, under which Trump, if medically incapacitated, could transfer power temporarily to Vice President Mike Pence.

Pence has tested negative for Covid-19, his spokesperson said Friday, hours after the president revealed he had contracted the coronavirus.