This Morning hosts 'replaced' in huge change to presenting line-up: 'We plan to change' 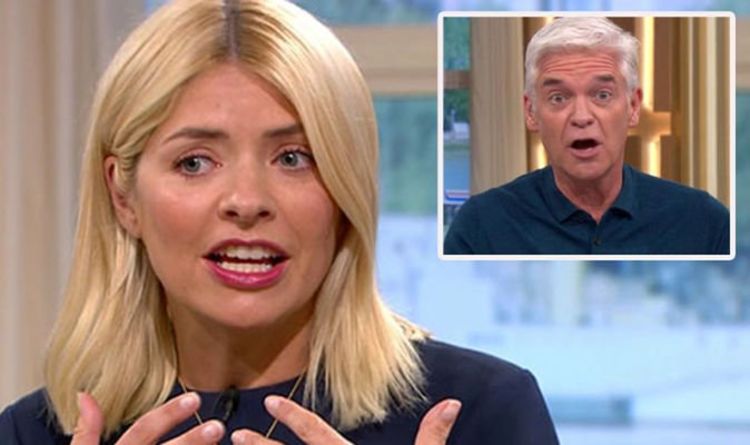 This Morning has become a staple of British weekday television, with Phillip Schofield, 59, and Holly Willoughby, 39, presenting the show four days a week. Eamonn Holmes, 60, and his wife Ruth Langsford, 60, take over duties on the ITV show for the Friday edition of the programme as well as filling in during the holiday breaks. However, it is now being reported bosses are looking to diversify the hosting line-up and would like to welcome a black presenter to front the show. With none of the current stars set to quit, could one of them be replaced as a new member of the team is introduced?

For the past 11 years, Phillip and Holly have been hosting the programme together, with the former only joined by another presenter whilst his co-star has been on maternity leave.

Rochelle Humes, 31, temporarily replaced the former Celebrity Juice star for several weeks in 2018 when the host joined Dec Donnelly, 44, to oversee proceedings on I’m A Celebrity… Get Me Out Of Here!

There has been speculation recently one of the pair was going to quit, but with neither planning to jump ship, they could be replaced on a rotation schedule in the future to accommodate a new host.

This is because the show doesn’t currently have a black presenter fronting the programme and reports are suggesting things could be set to change.

With the Black Lives Matter movement continuing to spark a conversation about the representation of the black community in the media, it seems bosses are now considering how they can rectify this.

According to The Mail On Sunday, Martin Frizell, editor for This Morning, is looking into how ITV can address representation in regards to their hosting line-up.

The show boss reportedly said on a video call: “There is not a black presenter on any of the programmes today. We plan to change that, we [This Morning] are looking into it.”

An ITV source also added to Mr Frizell’s comments, telling the newspaper: “It’s a tough one for Martin.

“He appeared to really mean what he said so it will be difficult to simply give the presenter the once-a-week Friday slot because he would leave himself open to claims of tokenism.”

Express.co.uk contacted a representative of the show, but they declined to comment on the speculative reports.

With the source comments suggesting the Friday slot could be out the question, could a new presenter replace Phillip or Holly in regular slots during the first four days of the week?

Bosses could even consider bringing in a trio of hosts in what would be a huge step in changing the current format.

As well as the main four hosting the programme, they are regularly joined by a team of reporters to provide expertise and speak with members of the public.

Earlier this month, presenter Alison Hammond, 45, opened up about her own experiences of being a black woman in light of the Black Lives Matter protests, which have been sparked following the death of George Floyd, an unarmed black man who died after being apprehended by a white police officer.

On Blackout Tuesday, a day where people across the world took a step back from their daily lives to educate themselves on the impact of racism, the presenter gave an emotive speech.

“It’s not about all lives matter, obviously we know that it’s all about the fact if black lives mattered, we wouldn’t be in this situation.”