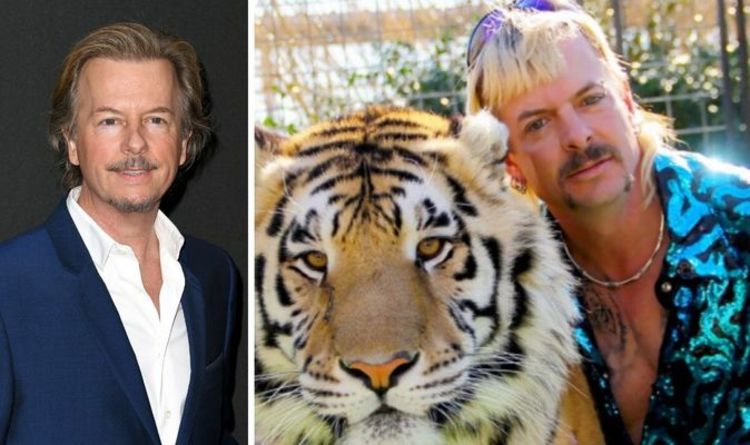 Joe Exotic has expressed who he would like to be in a movie about his life.

A film about the zoo owner’s life is, however, yet to be announced.

Funny man David Spade was in the list of possible men to play Exotic, and in an interview with Ellen DeGeneres, Spade spoke on whether he would be interested in taking on the role.

Asked about taking on the role, he said: “I don’t know. It depends. There’s [my talk] show and there’s getting time off and all that.

“Joe Exotic said me or Brad Pitt. I see Brad Pitt at auditions all the time and it’s always tense…

“But I think Joe is a little too squirrely for Brad that might be wishful thinking because Brad is so studly.”

Exotic fancied Spade in the role due to the blond-mulleted janitor Joe Dirt, who Spade portrayed in a 2001 movie, and its 2015 straight-to-video sequel Joe Dirt: Beautiful Loser.

Exotic’s husband, Dillon Passage, has also been thinking about this question, and when asked by People magazine, said: “Zac Efron – I’ve been asked this question multiple times.

However, bookies have placed Spade as the frontrunner for the role, alongside another intriguing choice: Dax Shepard.

The comedy actor is best known for his roles in Employee of the Month and The Ranch, as well as for being married to Frozen star Kristen Bell.

According to Ladbrokes, Spade sits on 3/1 odds, while Shepard follows close behind with 5/1 odds.

After them, Pitt is joined by Matthew McConnaughey and Edward Norton on 6/1 odds, while Kevin Bacon and Michael Keaton sit on 10/1 odds.

British actors even have some places in the list, with Daniel Craig, James Corden, Tom Hardy, Benedict Cumberbatch and Michael Sheen all in the longlist of potential players.

A bet on Cumberbatch and Sheen could lead to a huge win if they take on the role, as they both sit at 100/1 odds.

But, for now, fans will just have to rewatch the series until more details of a film are announced.