Tiger King: Netflix to release extra episode ‘next week’ according... 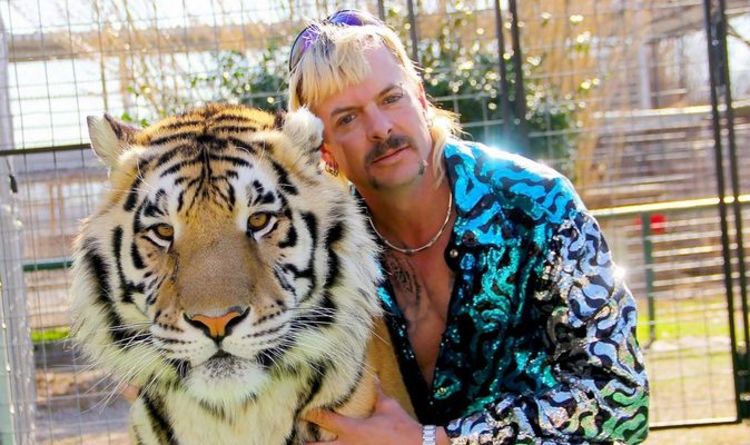 Netflix’s latest limited series has become an online sensation as streamers around the world debate the feud between Joe Exotic and Carole Baskin. One of Tiger King’s stars has confirmed the seven episodes already released is not the end of the story.

Exposing the truth behind the internet war between exotic zookeepers Joe Exotic and Carole Baskin, Tiger King has remained one of the most popular shows of the moment since its release over two weeks ago.

Netflix is known for its weird and wacky true crime docuseries, and Tiger King’s story of online feuds, animal trading and wild accusations has them all beat.

With speculation about a second season on the rise, one of the stars of the documentary has exclusively revealed a follow-up episode will be released on Netflix in the coming week.

Jeff Lowe, who took over Joe Exotic’s zoo in 2016, confirmed in a video posted on the Twitter profile of Justin Turner, third baseman for the Los Angeles Dodgers.

In the video, Jeff said: “Netflix is adding one more episode. It will be on next week. They’re filming here tomorrow.”

It has not been confirmed whether the episode will be a follow-up to the documentary’s story, or a series of interviews discussing the reaction to the show.

Earlier this year, Netflix released a reunion special for reality show Love Is Blind, as well as conducting interviews with the cast for drama series This Is Us.

Fans and critics have speculated the ongoing COVID-19 situation has boosted the viewers for the series, with many self-isolators turning to streaming platforms like Netflix to stay occupied.

Rival zoo-owner Carole Baskin was the subject of allegations from Joe Exotic and his crew, who accused her of feeding millionaire husband, Don Lewis, to her tigers.

Joe Exotic is currently serving a 22-year prison sentence after being found guilty for animal abuse and implicating the attempted murder of Baskin by paying a hitman $ 3,000.

Baskin recently revealed her thoughts on the documentary in her personal blog, claiming “They did not care about the truth”.

The documentary also portrayed current zoo-owner Jeff Lowe as a swinger who sneaks big cat cubs into clubs to attract women, as well as being connected to the attempted murder of Baskin.

As the stars of Tiger King react to their own story, viewers will be eager to see follow-up interviews with the larger-than-life cast of their current Netflix obsession.

Since its release, the series has achieved 97 percent critic’s rating and a 96% audience score on review aggregate site Rotten Tomatoes.

Moreover, Tiger King has remained near the top spot of Netflix’s Top Ten shows since its release over two weeks ago.

Given the series’ popularity, second seasons and movie adaptations seem almost inevitable, and Jeff Lowe’s comments are the first indication that more content is on the way.