TikTok To Sue Trump Administration Over Ban, As Soon As Tuesday 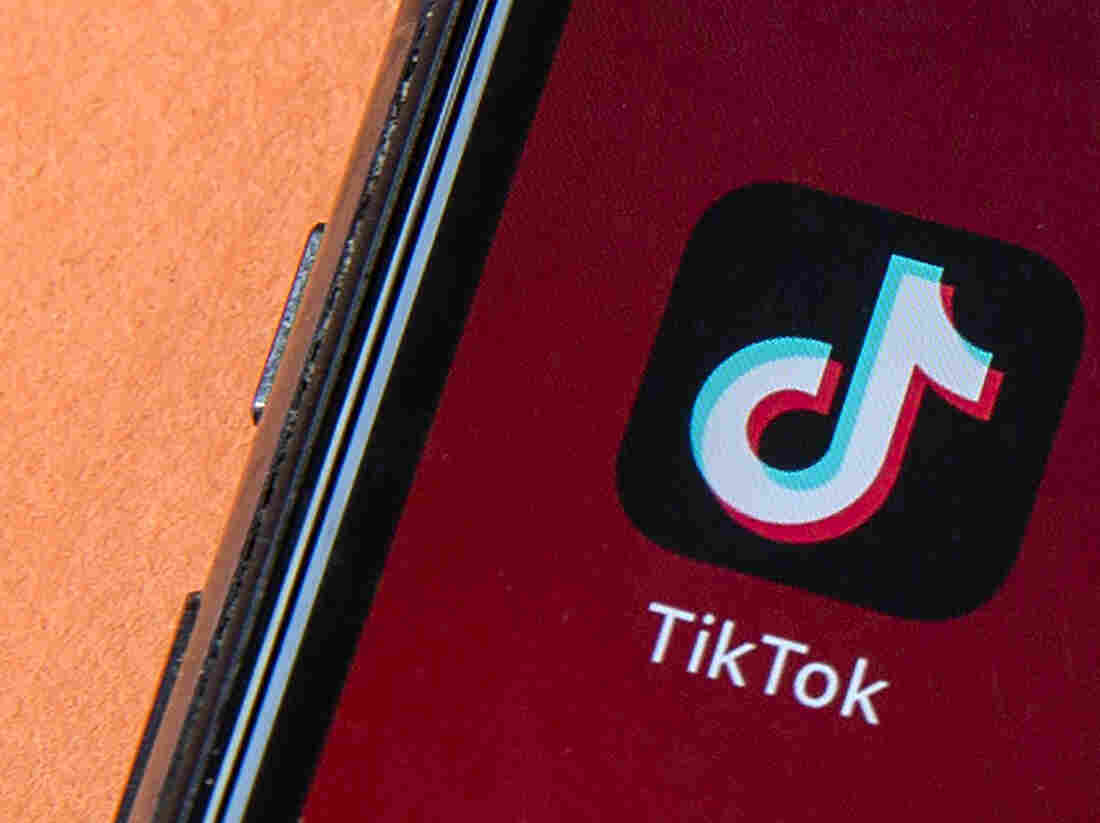 Icon for the smartphone app TikTok, which President Trump on Thursday took aim at through an executive order that prohibits transactions between U.S. citizens and TikTok’s parent company in 45 days. Mark Schiefelbein/AP hide caption 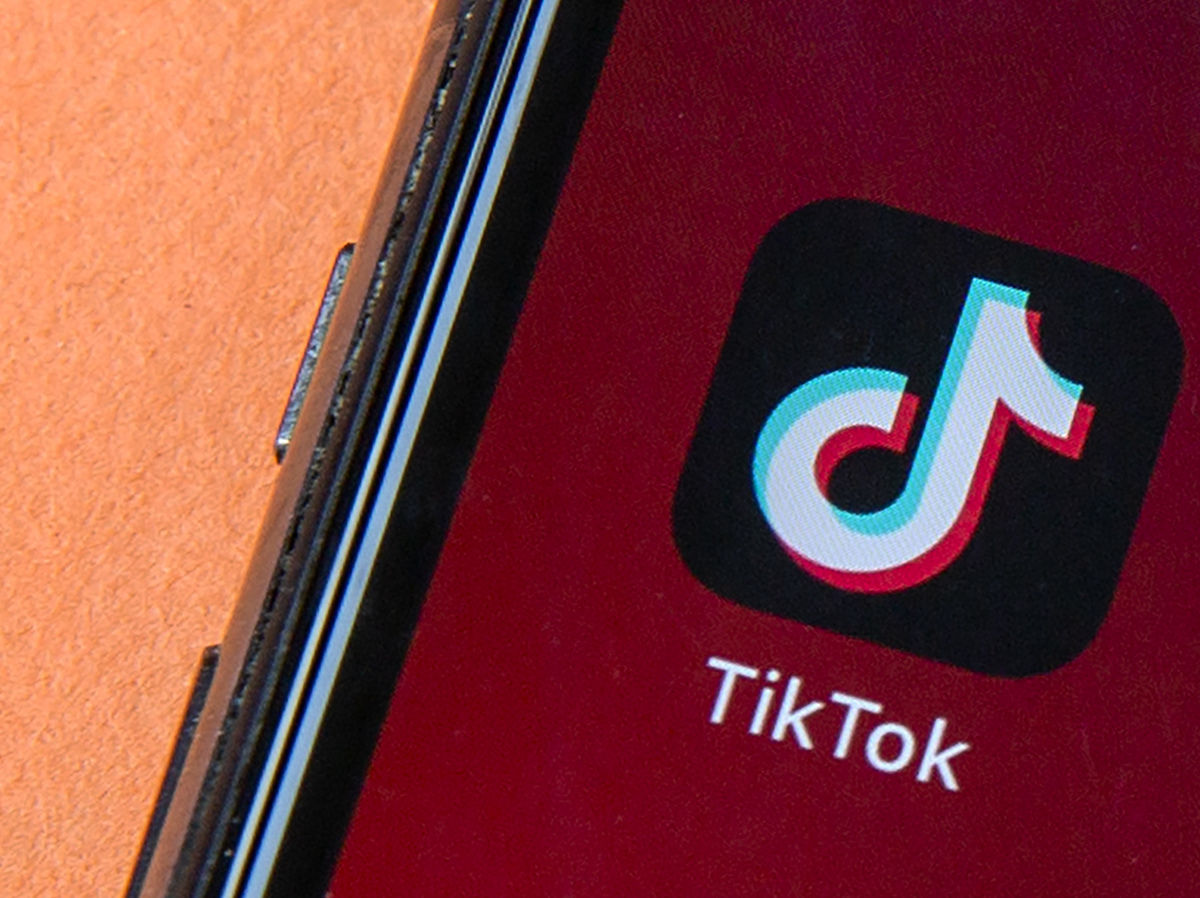 Icon for the smartphone app TikTok, which President Trump on Thursday took aim at through an executive order that prohibits transactions between U.S. citizens and TikTok’s parent company in 45 days.

TikTok is planning to sue the Trump administration, challenging the president’s executive order banning the service from the United States.

The video-sharing app hugely popular with the smartphone generation TikTok will file the federal lawsuit as soon as Tuesday, according to a person who was directly involved in the forthcoming suit but was not authorized to speak for the company. It will be filed in the U.S. District Court for the Southern District of California, where TikTok’s American operations are based, the person said.

NPR has learned that the lawsuit will argue that the president’s far-reaching action is unconstitutional because it failed to give the company a chance to respond. It also alleges that the administration’s national security justification for the order is baseless, according to the source.

“It’s based on pure speculation and conjecture,” the source said. “The order has no findings of fact, just reiterates rhetoric about China that has been kicking around.”

The White House declined to comment on the expected litigation, but defended the president’s executive order. “The Administration is committed to protecting the American people from all cyber related threats to critical infrastructure, public health and safety, and our economic and national security,” according to White House spokesman Judd Deere.

What the Thursday night executive order does

Under the president’s Thursday night executive order, “any transaction” between a U.S. citizen and TikTok’s Beijing-based parent company, ByteDance, will be outlawed in 45 days for national security reasons.

Such a sweeping ban would be fatal for TikTok in the U.S.

It is hugely popular among teenagers and twenty-somethings in the U.S., where more than 100 million users have downloaded the app. They use it to share dances and comedy skits in 60-second video bites, which often go viral. The app has become such a cultural phenomenon that it has become a platform to discover new music and has even launched several breakout hits that have topped the Billboard charts. The app has also been used to antagonize the president, including when thousands of teens reserved tickets to the president’s rally in Tulsa, Okla. with no intention of going, inflating the Trump campaign’s expectations for the event and causing embarrassment over the disappointing turnout.

If the presidential ban goes into effect, the app may no longer be able to send software updates, rendering TikTok unmanageable on smartphones, and eventually nonfunctional, with time.

The lawsuit stands to cut off American advertisers on its app and force Apple and Google to remove it from mobile app stores.

TikTok’s more than 1,000 U.S.-based employees could have their paychecks indefinitely frozen. It could force landlords housing TikTok operations to evict them. And Trump’s order could make it impossible for American lawyers to represent TikTok in any U.S. legal proceedings.

The source familiar with TikTok’s internal discussions on the matter says the president’s order appeared rushed and did not include carve-outs or exceptions for TikTok to maintain any legal representation, which the company plans to argue is a violation of due process rights.

Typically, if the federal government launches an investigation, it will inform the company with a subpoena or some other kind of notice demanding a response to allegations of misconduct or malfeasance. Federal investigators at times also call representatives of the company for a confidential meeting about a looming enforcement action.

According to those working on TikTok’s legal team, no such outreach from the White House requesting evidence took place before Thursday’s executive order, and TikTok lawyers view that as a short-cutting of standard procedure.

As such, the president’s move took many inside TikTok aback.

Officials at TikTok acknowledged as much in its response to the order. “We are shocked by the recent Executive Order, which was issued without any due process,” TikTok said in a statement. “The text of the decision makes it plain that there has been a reliance on unnamed ‘reports’ with no citations, fears that the app “may be” used for misinformation campaigns with no substantiation of such fears, and concerns about the collection of data that is industry standard for thousands of mobile apps around the world.”

Officials at TikTok declined to publicly comment on the looming legal battle.

Violating the order carries stiff penalties. After the 45-day period, doing business with TikTok could result in a $ 300,000 fine per violation and “willful” offenders could even face criminal prosecution.

Another issue that may be raised in TikTok’s legal challenge is the argument that Trump overstepped his authority in issuing the executive order.

The order was issued in part under an executive power known as the International Emergency Economic Powers Act, which arms the president with broad authority to impose economic sanctions when presented with an “unusual and extraordinary threat,” such as a risk to national security.

There are exceptions to that power that lawyers for TikTok will likely underscore in their litigation. For instance, the authority cannot be used to regulate or prohibit either “personal communication,” or sharing of film and other forms of media, which TikTok can argue is the primary use of its app.

If Congress believes the president has used the emergency economic powers unjustly, lawmakers can overrule the order by passing a resolution that would terminate the order.

But any pushback from Congress is unlikely, as the skepticism about the Chinese Communist Party’s potential ties to the country’s technology companies has gathered bipartisan support.

Already, the Senate, by a unanimous vote, passed a bill Thursday banning TikTok on all government-issued devices.

TikTok’s terms of service spells out what it captures from users, including location data, browsing history and personal contacts.

The app also informs users that data can be shared with its Chinese parent company, ByteDance. This has has stirred fears in Washington that authorities in the Chinese government could potentially gain access to American citizens’ data and put that information to use in a blackmailing scheme, or in a targeted disinformation campaign.

Neither the Trump administration nor TikTok critics outside of government have offered evidence that the short-form video app has ever cooperated with Chinese authorities.

Some technology experts say the worries over China are warranted.

Former White House official Lindsay Gorman, who is now a fellow with the Alliance for Securing Democracy, told NPR that TikTok’s parent company, ByteDance, is ultimately beholden to the Chinese Communist Party.

“The harsh reality of how businesses operate in China means that if the CCP wants that data, it will get it,” Gorman said.

She added: “Leaving TikTok in Chinese ownership creates an information space vulnerability at a time leading up to an election when political communication is increasingly happening on the platform.”

TikTok officials see the executive order as essentially a pressure campaign, a way of forcing an American company to move quickly acquire the app’s U.S. assets.

Microsoft — the American tech giant that owns Xbox, LinkedIn and Skype — is already in talks to buy TikTok, but those discussions remain in the early stages.

King Hezekiah, according to the Bible, was the 13th king of Judah, whose reign has been dated to between 715 and 686 BC. Hezekiah...
Read more