Tim Brooke-Taylor: The Goodies co-star says he was ‘getting better’ before tragic death 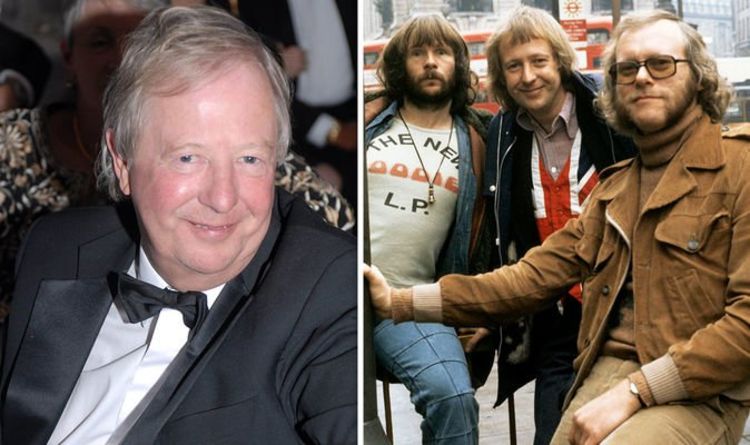 Tim Brooke-Taylor died at the age of 79 from COVID-19 on Easter Sunday. The Goodies co-star Graeme Garden, 77, has since revealed he is struggling to come to terms with his friend’s death.

Graeme revealed it appeared the entertainer was “getting better” and was due to be discharged from the hospital.

The I’m Sorry I Haven’t a Clue castmate said his death was a “cruel” blow for Tim’s family who didn’t get to say goodbye to the comic.

Speaking in a new interview with Radio Times, Graeme admitted struggling to process what happened to his close friend.

“He seemed to be getting better,” he explained. “They were taking him off the ventilator and he was due to be discharged.”

Following the news of Tim’s death, a host of comedians paid tribute to the actor.

Britain’s Got Talent judge David Walliams penned: “I was obsessed with ‘The Goodies’ as a child, the first comedy show I really loved. I queued up to get the Goodies’ autographs as a grown-up, and got to meet Tim Brooke-Taylor more recently at a party. I was in total awe, but he was so kind & generous. It is so sad he is gone.”

Monty Python star John Cleese said: “Tim was one of my very oldest friends, and one that I used to love performing with. He did ‘frightened’ better than anyone…”.

Tim’s Goodies co-star Bill Oddie wrote: “Fifty years and he only got cross with me once… well maybe twice… no quite a lot actually! No one could wear silly costumes or do dangerous stunts like Tim. I know it hurt cos he used to cry a lot. Sorry Timbo. A true visual comic and a great friend.”(sic)

Tim started his own broadcasting career on BBC Radio, before forming The Goodies with Graeme and Bill.

One of his biggest contributions to British comedy was co-writing and performing the famous Four Yorkshiremen sketch with John Cleese, Graham Chapman and Marty Feldman, originally for the ITV comedy programme At Last The 1948 Show!

He later went on to become a long-standing panellist on Radio 4’s I’m Sorry I Haven’t A Clue.

BySuzy Forman Us Weekly has affiliate partnerships so we may receive compensation for some links to products and services. Please note: Information below is not intended...
Read more