Time travel possible: 'You CAN do it!' How scientist proposed 'shortcut' from LA to Oz 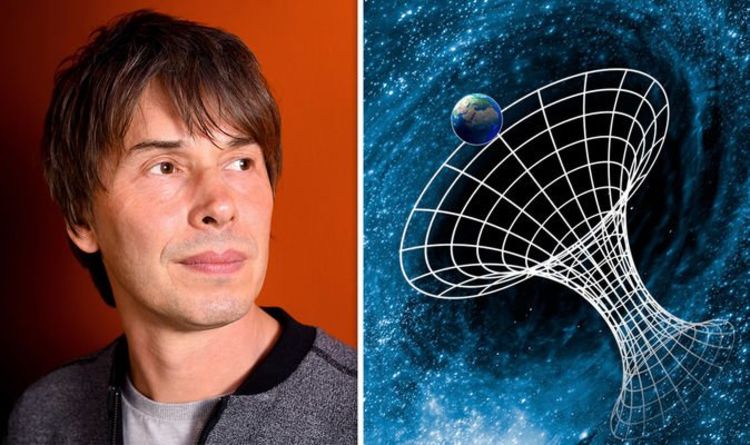 Time travel is the concept of movement between certain points in time and points in space by an object or a person, typically with the use of a hypothetical device known as a time machine. The idea has become central to many sci-fi thrillers, and the question of its possibility put to leading scientists around the world constantly. But, there may be another way, according to leading physicist Professor Brian Cox.

Speaking on the Joe Rogan Experience earlier this year, Professor Cox revealed how Einstein’s theory of general relativity could be used to create a wormhole – a tunnel with two ends at separate points of space and time.

“You can write down that geometry, it’s called the warp drive geometry and it’s in textbooks, you can do it.

“The question becomes what sort of stuff would you have to actually put into the real universe to make it warp in that way.

“it usually turns out to be the kind of stuff that doesn’t exist, but it has properties, it’s the sort of matter that has properties that we cannot find in nature.

“But you can still write the geometry, using Einstein’s theory, so the geometry exists and you can do the calculations and see the warp drive and construct a wormhole to connect distant regions of the universe, which you could use as a time machine.”

Professor Cox revealed how such a theory would allow humans to travel instantaneously through the Earth, rather than around it.

He added: “You can do all that in the theory, but in nature, you’d have to have the right stuff to do it.

“It tends to be weird stuff [that we don’t have], stuff that has a negative pressure or something like that, stuff that has physical properties that are just bizarre, to make the geometry happen.