Tina O’Brien health: Coronation Street star reveals what made her ’scared and fragile’ 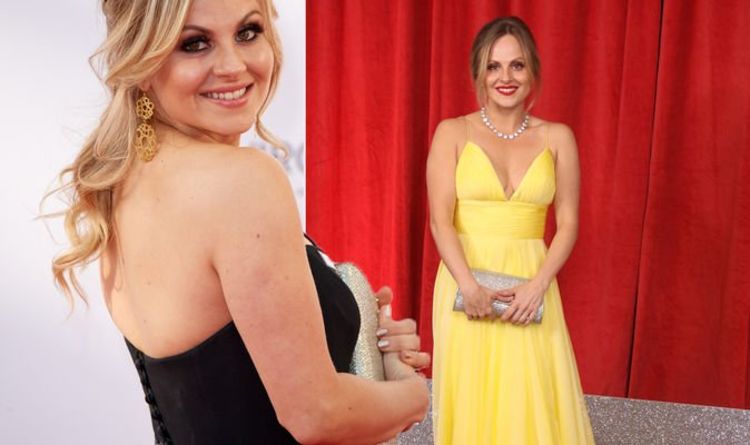 Tina O’Brien has spent a huge chunk of her life on Coronation Street, having joined the soap when she was 16 as Sarah Platt. Fans of the show have followed her character’s turbulent journey to adulthood, from her rebellious teenage years to the challenges that come with raising a child. While Sarah’s Platt’s life has been punctuated with dramatic moments, Tina’s life has been eventful too.

During her time on the show, Tina formed a relationship with her on-screen husband Jason Grimshaw, played by Ryan Thomas, 35.

The couple were together for six years and had a daughter together. After the birth of her first child, Tina began to develop some worrying symptoms.

It turns out that the actress was suffering from postnatal depression after the birth.

Tina bravely opened about her ordeal in a post on Instagram: “#10yearchallenge wouldn’t be complete without my incredible 10 year old daughter.”

What is postnatal depression?

According to the NHS, postnatal depression is a type of depression that many parents experience after having a baby.

“It’s a common problem, affecting more than one in every 10 women within a year of giving birth. It can also affect fathers and partners,” explains the health body.

Postnatal causes symptoms that are distinct from feeling a bit down or tearful in the week following the birth of your child, notes the health site.

“If your symptoms last longer or start later, you could have postnatal depression,” explains the health body.

The feeling also tends to give rise to depressive symptoms, including:

“Many women do not realise they have postnatal depression, because it can develop gradually,” adds the NHS.

How to treat it

According to Mayo Clinic, treatment and recovery time vary, depending on the severity of your depression and your individual needs.

The health site explains: “If you have an underactive thyroid or an underlying illness, your doctor may treat those conditions or refer you to the appropriate specialist.”