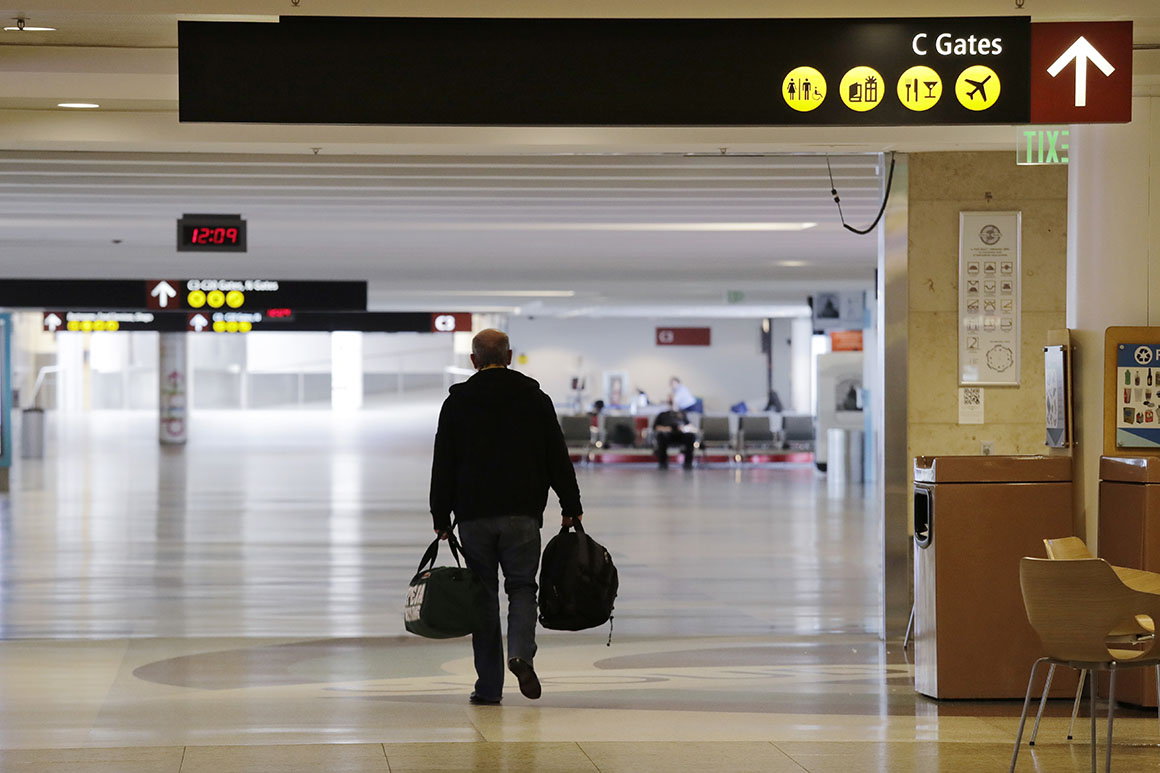 A tiny airport in Devils Lake, N.D., scored enough money under the federal stimulus law to cover its expenses for 50 years. But one of the country’s busiest airports, JFK International in New York, got barely enough aid to make it through three months of operations.

Congress and the Federal Aviation Administration wrote the legislation to give an edge to small airports, according to House aides and airport analysts — but in the process, they created massive disparities in funding from one airport to another.

Now the FAA is trying to clean up the botched funding effort.

The divergent outcomes for airports reveal how important obscure legislative language can be when it comes to the unprecedented economic stimulus packages Congress has passed. Across the multitrillion dollar federal rescue effort, there’s been a series of fits and starts, with some enterprises getting money quickly, while others suffer — often without knowing why.

The story behind the $ 10 billion in airport funding effort is simple: Airports with little or no debt and a decent amount of cash on hand were entitled to receive a relatively large share of the money. But that inherently benefited small airports because they don’t have the huge amounts of debt associated with capital projects at larger airports.

For the nearly 200 commercial airports that received only enough money to pay the bills for a few months, the federal bailout means uncertainty about their futures and tough decisions to make about services or projects to cut back on once the federal money runs out. That could make recovery even more complicated for communities that rely on airports to boost tourism or provide essential services, not to mention travelers, private pilots and others who hope to return to using them when air travel picks up again.

“It’s highly skewed towards small airports with zero debt and something like one dollar in the reserves,” said Mark Sixel, a consultant who counts a dozen airports as clients and who prepared an analysis for them. “It stands out like a sore thumb.”

That means airports like Merrill Field, a small airport in Alaska that largely serves small planes, would receive nearly $ 18 million, worth about nine years of its expenses. Its manager told the Anchorage Daily News that it was the "most money invested in Merrill Field in the past five years, if not ever." 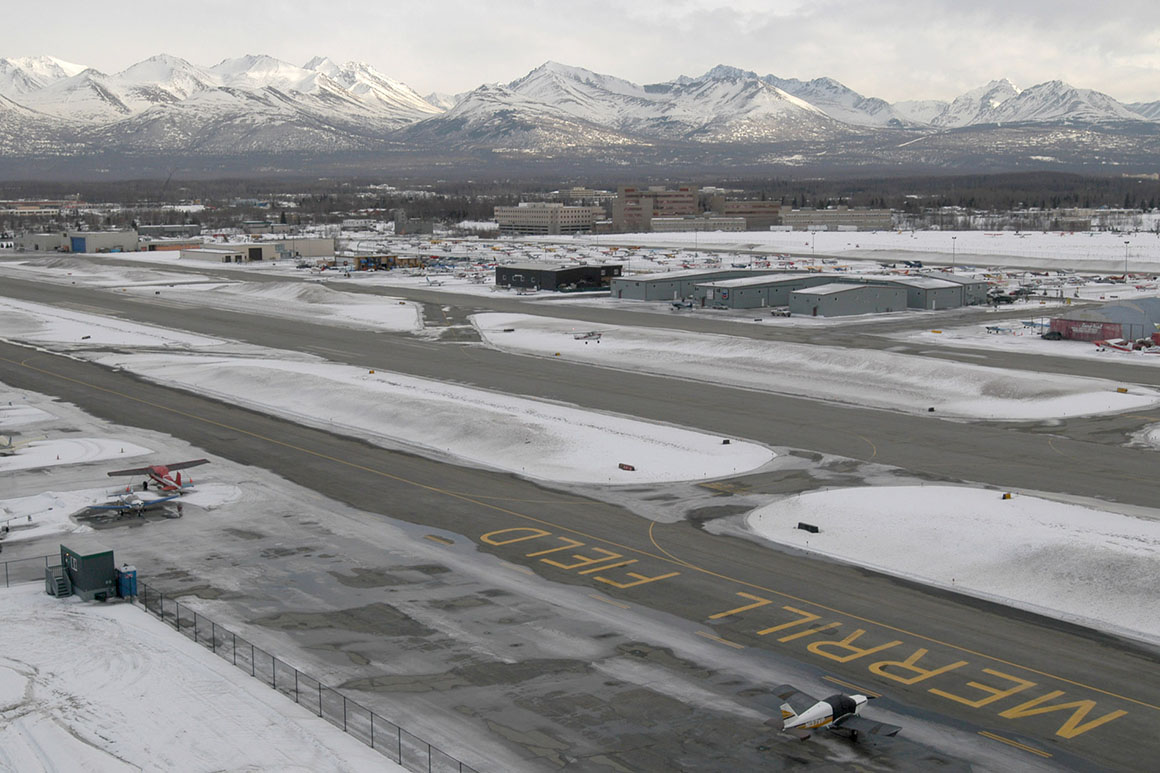 And John Murtha Johnstown-Cambria County Airport — no stranger to federal largess, considering the late lawmaker who is the airport’s namesake was known for bringing home pork — was set to receive over $ 5 million. It averaged about a dozen daily passenger boardings in 2018.

In the hasty process of developing the bill, House Democrats had a simpler proposal that relied almost exclusively on the number of passengers flying through an airport. That would have benefited airports roughly proportionally to how busy they are.

“We pushed back against [the plans to take debt into account], but the process happened so quickly,” a Democratic aide said.

A Senate Appropriations spokesperson noted that the plans for distributing funds were developed in consultation with the FAA and ultimately with the sign-off of Democratic and Republican appropriators in both chambers. The spokesperson argued that the language Congress crafted gave the agency flexibility.

"The fact that FAA has been able to make necessary adjustments without new language shows sufficient flexibility was provided to begin with," the spokesperson said.

But at least one lawmaker has publicly decried how FAA is handing out the money. Rep. Steve Cohen (D-Tenn.), whose district includes Memphis International Airport, asked the FAA to suspend the grant payments until Congress has a chance to fix them. He pointed out that Memphis International, the second-busiest cargo airport in the world, got less than the nearby McGhee Tyson Airport in Knoxville, which had half as many passengers travel through it compared with Memphis in 2019.

"The purpose of the CARES Act emergency relief is to support U.S. airports that are experiencing severe economic disruption caused by the COVID-19 public health emergency, not to bolster or double smaller airports’ budgets based on an arbitrary formula," Cohen wrote in a letter to the FAA.

In part to handle the outsized amounts promised to some smaller airports, the FAA decided, after the eye-popping awards were announced, to cap the initial grants that airports can receive at four years of their operating expenses, which is typically how long airports have to spend grant money anyway.

The agency says the purpose of that cap is to “advance Congress’s intent to address the cost needs of airports and promote the effective management of CARES Act fund.”

The relatively small number of airports granted more than four years of operating expenses can still get the rest of what was set aside for them, but only if they “show a need” for additional money and can “demonstrate use of those funds” within the four-year time period, FAA said.

Meanwhile, airport managers around the country who didn’t benefit from the bill, while grateful for any infusion of cash, are frustrated and confused as they try to understand what happened and what’s next.

Cris Jensen, manager of Missoula International Airport in Montana, called the original plans for distributing the grants "less than perfect." "In theory, it worked and it was fine, but there’s some outliers that kind of fall through the cracks,” Jensen said.

Missoula was one of those outliers. It had to leave the debt and cash sections blank in 2018 when it filled out the form that would eventually be used to calculate grant awards, because it was going through an audit. So it failed to benefit from the part of the law and received only $ 5.6 million, though he said that FAA has been sympathetic to his airport’s plight.

The plans for distributing the money were "badly done,” said Allan Penksa, chief executive officer of Gainesville Regional Airport in Florida. His airport is in line to get a little over $ 3 million, which will cover just over eight months of expenses.

Angie Spear, director of Fairbanks International Airport, said that the implementation of the bill has been confusing.

"As far as how they came up with the dollar amounts for the airports, no one really knows … I haven’t found anyone that’s solved the riddle," she said.

Fairbanks’ funding from the CARES Act will last it just long enough to get to the start of the new fiscal year in July.

"It’s scary for us" going into the new operating year, she said.