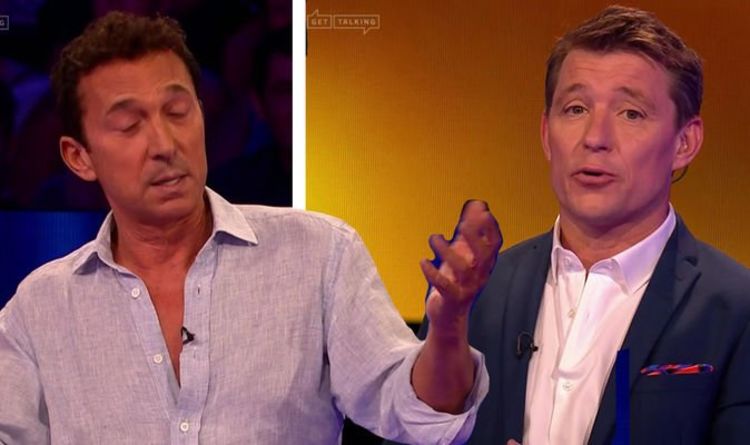 Annoyed at his co-stars success, Bruno threw his hands into the air and pretended to walk off: “I’m going home, goodbye!”

“24 counters in round two, that’s a huge amount,” the presenter said.

With £600 between himself and Catherine, the actress had to beat Bruno in order to stay in the game.

After dropping her first counter, a whopping six counters fell and she beat Bruno, commenting on his departure Bruno said: “Goodbye everyone, it was just bad luck.”