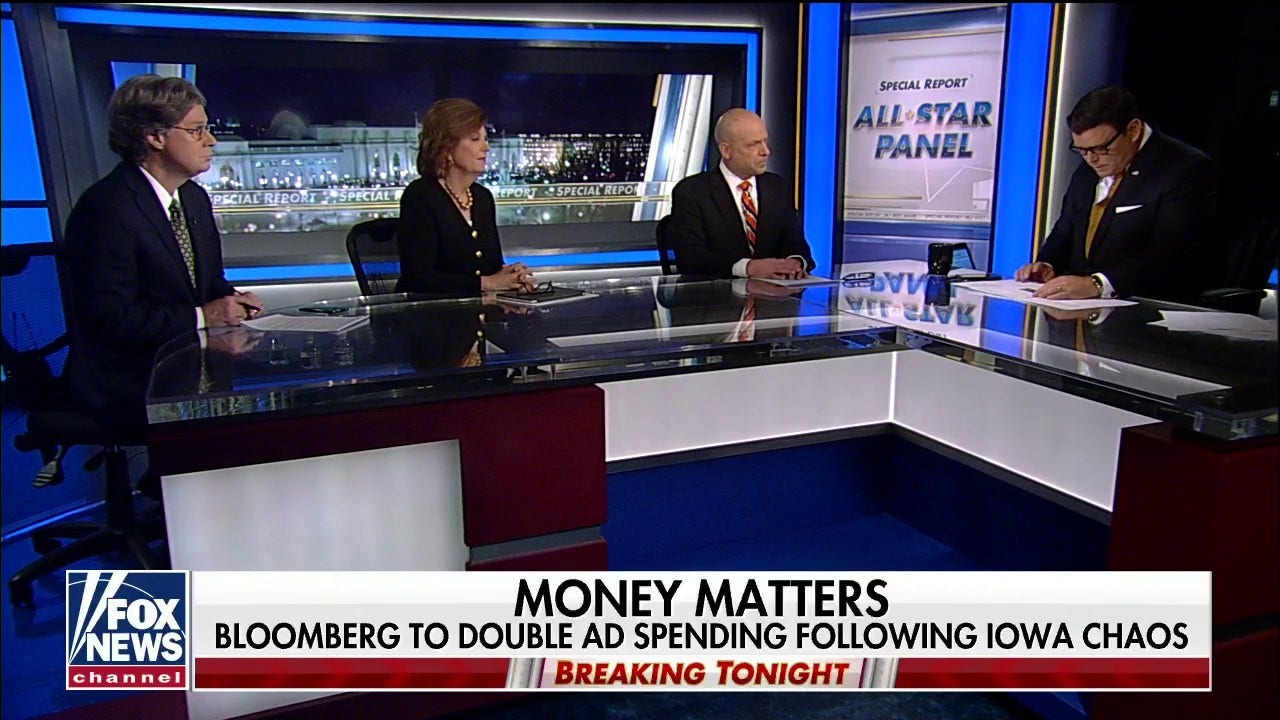 Real Clear Politics founder Tom Bevan predicted Thursday that an underwhelming showing by Sen. Elizabeth Warren, D-Mass., in next week’s New Hampshire primary could be fatal to her presidential campaign.

Bevan told “Special Report” that his organization’s polling has shown Warren hovering around fourth place, while Sen. Bernie Sanders, I-Vt., continues to have a strong showing in the Granite State, which shares borders with both lawmakers’ home states.

“If she has another weak finish in New Hampshire, her campaign is done,” Bevan said. “While she has enough money to continue on, the path for her doesn’t look very good.”

He said that if Warren’s campaign falters, a chunk of her voters are likely to move to Sanders, the other progressive candidate in the race’s top tier.

Politico reported Thursday that six staffers of color working in the early voting state of Nevada have left Warren’s campaign amid complaints of feeling tokenized and having to deal with a toxic work environment.

The staffers, all women, have all left Warren’s 70-person Nevada team since November, with three of them saying they felt marginalized and that their grievances were not addressed despite taking them to their superiors or to human resources staff.

He said Bloomberg’s polls continue to rise as he focuses more on delegate-rich states like California, which holds its primary next month.

“He is spending all this money and he’s going to be spending even more. He’s going to hire 800 staffers, sending letters to 2.5 million people [in the Golden State],” he said.

However, he warned that the media mogul’s campaign plans may not pan out unless Biden’s bid takes a hit.

“He may be wasting a lot of money,” Bevan remarked.