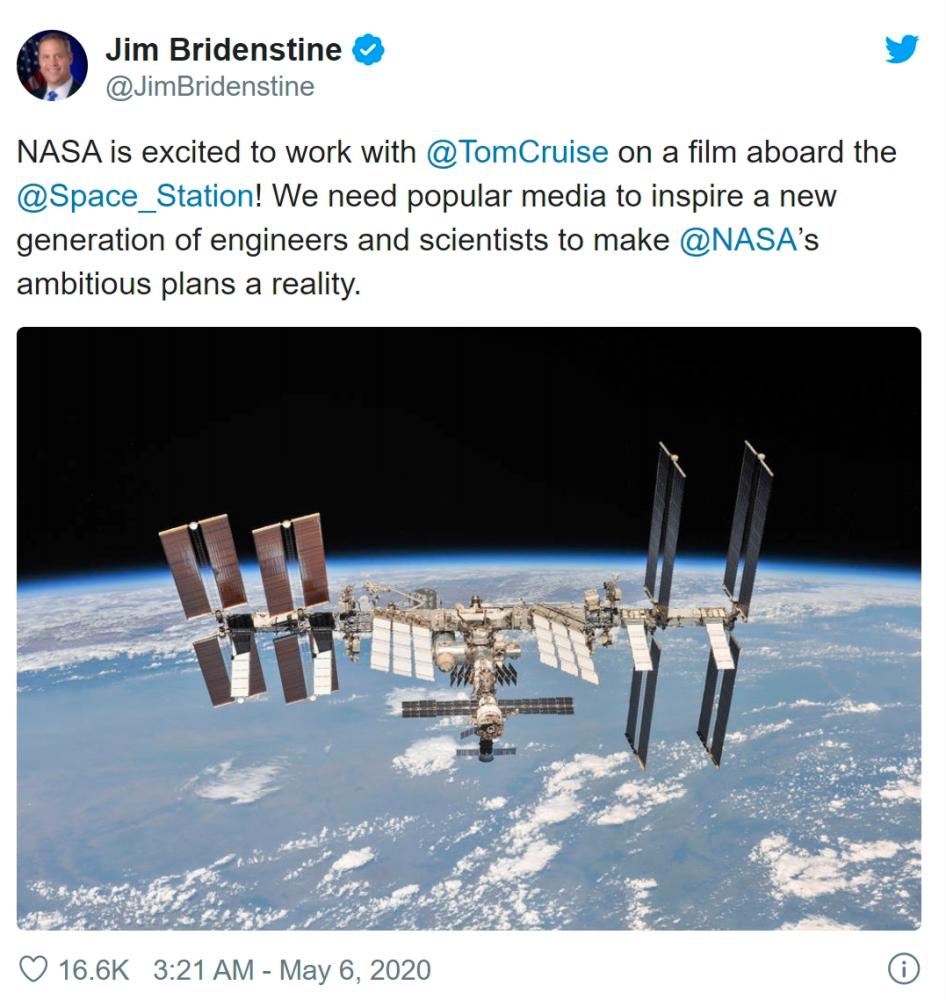 Actor Tom Cruise is known for his gravity defying stunts and daredevil attitude. When news emerged that he was in talks to make a movie in space, it sounded like it was a natural progression in his acting portfolio.

In a tweet, NASA Administrator Representative Jim Bridenstine confirmed the news of Cruise working with NASA’s scientists and engineers to produce the action adventure film from inside the International Space Station (ISS).

According to Deadline, both NASA and private aerospace manufacturer SpaceX were named as potential collaborators. This piece of information is notable because SpaceX has plans to allow commercial space flight aboard its Crew Dragon capsule as early as 2021.

The report in Deadline also mentioned that no studio is attached to the project yet and it’s not a Mission: Impossible film.