Tom Jones and Elvis: How Sir Tom's manager wanted Elvis 'in his stable' 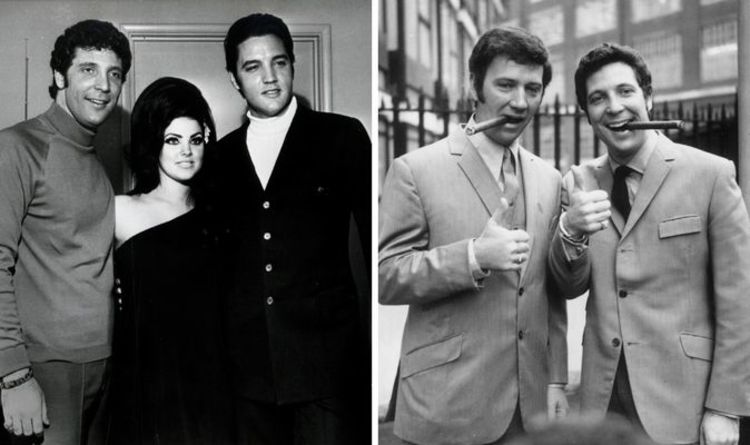 “I’m trying to towel down and I said, ‘You know, Elvis, your pants.’ And he went, ‘Red!’ because he had a bodyguard called Red.

“So Red busts through the door thinking there’s something wrong… but Elvis says, ‘My pants, man.’”

However, Sir Tom explained he had to pull up Elvis’ trousers due to the tight leather, not just because he was “too celebrity” to pull up his own.

Similarly to Sir Tom and Presley, Mills came from a working-class town before he made it big.

Mr Macfarlane continued: “Gordon was just a bus conductor from Rhonnda and Tom was a labourer from Pontypridd, so if you actually take those two characters over to America and mix them with the likes of Elvis Presley, it must have been an incredible experience.