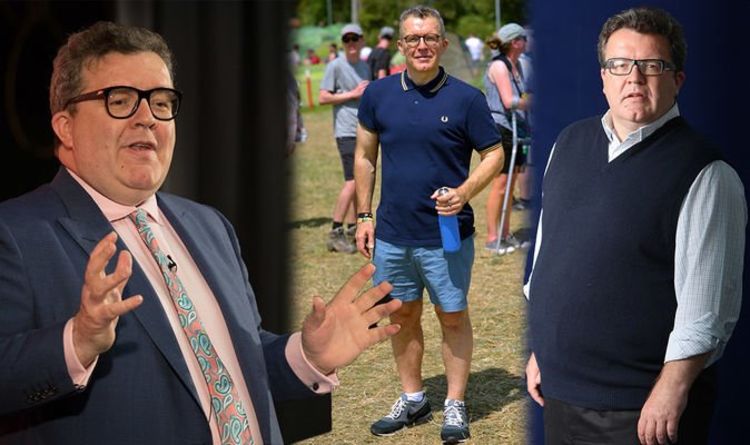 Tom Watson, has been a Labour MP since 2015, and has served as a member of parliament for West Bromwich East since 2001. However, tonight he announced that he will be standing down as deputy Labour leader. Recently, he has been in the media for his incredible weight loss transformation after he revealed that he’d lost an incredible eight stone after embarking on a new fitness regime.

In a book, which is set to be published by Kyle Books in January, Tom discusses his weight loss transformation and how he was able to change his whole life, he recounts how he went from being an overweight sugar addict to someone who took control of his eating, resulting in him being fit enough to climb Mount Snowdon.

Previously Tom shared a post with a series of photographs to his 322.1K Twitter followers that said: “Two years ago – age 50, weighing 22 stone, with [Type]2 diabetes – climbing to the summit of Snowdon was unfathomable.

“Today, 100lbs lighter and in remission from [Type]2, I’ve done it. Thank you, everyone, for your amazing support and inspiration.”

READ MORE: Lindsay Hoyle’s fury at Tony Blair ‘trying to give Gibraltar away’

The keto diet is a high-fat, adequate-protein, low-carbohydrate diet that forces the body to burn fats rather than carbohydrates, by sending it into a state of ketosis.

Tom revealed in the New Statesman: “I lift weights, struggle at circuit training, cycle wherever I can, and try to take 10,000 steps a day.”

Alongside a healthy and well-balanced diet and exercise, Tom used a motivational tactic called “nudge theory” – where he gave himself positive rewards for weight loss.

He said: “I’ve motivated myself with some rudimentary “nudge” theory – every time I reach a weight loss goal, I buy a new piece of kit for my bike.

“When I’ve lost my hundredth pound I’m going to treat myself to a new bike (I’m considering a Brompton but do send suggestions).”

In the past, Tom has also stated that he cut out certain foods to help him along with his weight loss.

He revealed that alongside his keto diet, he also drinks a “bulletproof coffee”.

“It’s basically butter from grass-fed cows blended wth fresh coffee – the idea is to get saturated fats into your diet so that you’re not as hungry during the day,” he said.

However, when questioned about the taste of the bulletproof coffee he said: “It tastes like milky coffee, as you’d imagine, when you think about the source of butter.”

Tom Watson isn’t the only one who is impressing the people of Britain with his weight loss transformation.

Susanna Reid, 48, reportedly lost 1st7lbs by cutting one thing from her diet. What did she do?

The Good Morning Britain presenter made a trip to the doctor after experiencing skin issues and was encouraged to make a change.

She revealed she managed to slim down by cutting alcohol out of her diet.

“This time last year, I went to the doctor with a skin problem and he told me I could do with losing some weight.

“It turned out I was at the upper end of my BMI and, I have to admit, I’d been feeling a little heavy for a while.”

While she was certainly not overweight, Susanna decided to make a change and cut alcohol from her diet completely.