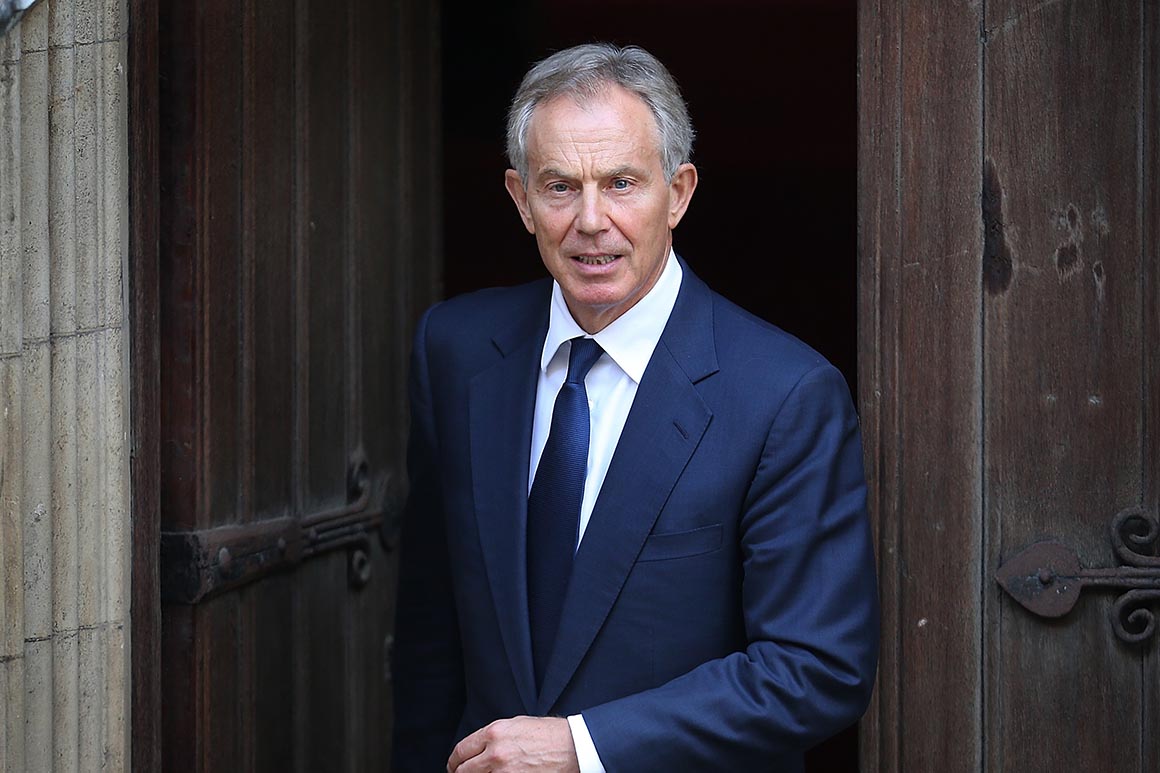 Former United Kingdom Prime Minister Tony Blair has a message for President Donald Trump and other Western leaders as they grapple with the coronavirus pandemic.

Speaking at a POLITICO online event on Wednesday, Blair urged governments to resist the pull of nationalism amid the crisis, calling the current debates between “globalizers and non-globalizers” a distraction and urging countries to focus on practical cooperation to defeat Covid-19.

But Blair, who along with former U.S. President George W. Bush bucked the United Nations when invading Iraq last decade, acknowledged that few international organizations are up to the task.

The United Nations Security Council is “not really representative of the world today,” said Blair, who now leads the nonprofit Institute for Global Change, which he founded in 2016.

He acknowledged the World Health Organization (WHO) — which Trump has accused of being complicit with China in covering up the virus — needs to streamline its bureaucracy. But Blair said member countries should agree to give the organization “much greater heft and weight.” Otherwise, it’s “unfair to criticize them” for following the limited mission set out for them by national governments.

According to Blair, the G20, an economic forum for 19 nations, the European Union and their central bankers, is ”the only short-term practical way” to achieve global cooperation.

That kind of cooperation can’t be achieved without buy-in from China. And Blair said Western governments need to recognize that Beijing’s new “dominant position” in the world means there will be both areas of “genuine confrontation” alongside an unavoidable need for partnership on issues like climate change and public health.

He urged the Trump administration to act “strategically” regarding the U.S.-China relationship, criticizing “a series of ad-hoc reactions of a transactional nature.” The days of framing the relationship in terms of individual issues like the coronavirus pandemic or Huawei technology “are over,” Blair said.

“We have to understand China from the Chinese point of view,” he continued, describing Chinese people as proud and “by their nature nationalistic.”

But he said China also needs to be “a predictable and responsible partner” given the “massive economic interconnections” between China and the rest of the world. And the Chinese government has “serious questions to answer about the origins of this (coronavirus) crisis.”

Blair also weighed in on the furious global debate over how best to end the lockdowns many countries have instituted this spring to slow the spread of the virus. While he favors a quick re-opening of the economy, Blair insisted this will only work with a deep “infrastructure of containment,” including mask-wearing, isolating infected people away from their homes, and “defined metrics and thresholds for moving between levels” of lockdown.

Blair carefully avoided directly criticizing the Trump Administration’s domestic response to Covid-19, but made his skepticism clear in a new paper from his Institute for Global Change. The United States is not mentioned in the 39-page report, which collects examples of what is working globally and provides a model for multi-level national lockdowns.