Tony Blair makes damning statement about the Labour Party on BBC Newsnight – 'It's over!' 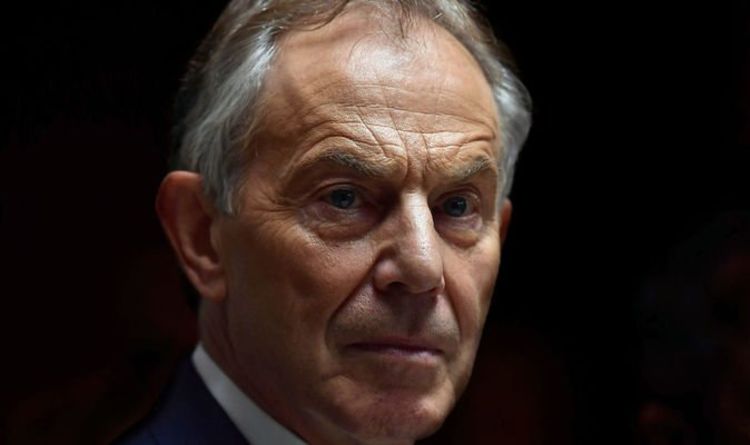 The former Prime Minister questioned the party’s ability to take part in “mainstream” politics and the motives of the left wing figures in the party in a stinging attack. Speaking on the BBC programme he outlined his view of the party in the wake of the disastrous election results: “The far left that has taken over the Labour Party, if they remain in a position of authority, if they’re in charge of the Labour party going forward, The Labour Party, I think, is finished.” Going further, Mr Blair outlined what in his opinion, needs to change.

He said: “It’s not a question so much of expelling people, it’s a question of taking the Labour Party back for, what I would call, sensible mainstream Labour politics.

“And that includes, by the way, a traditional left of the Labour Party.

“But that traditional left that stands in the shoes of Nye Bevan, Michael Foot, Neil Kinnock, John Prescott, that is a different left from these guys.”

The former Prime Minister even insinuated insidious intent to hoard power claiming “the problem with the far left, the people – you know you mentioned some of them just around Jeremy Corbyn and so on – the trouble is, they want to take the Labour Party over.

“They’ve been engaged in a four-year process of taking it over. They’re not gonna share power.”

The comments come after Labour’s lowest election result since 1935, the opposition party sensationally lost swathes of support in traditional Labour heartlands turning over some seats that had never gone Conservative before.

Mr Corbyn has vowed to quit after a “period of reflection”, last week he said: “The responsible thing to do is not to walk away from the whole thing, and I will not do that.”

This has left the question as to who will take over the political party with many of the top contenders bitterly competing for a shot at rebuilding the party.

Writing in the Guardian, Ms Thornberry said she pressured Mr Corbyn to vote against holding the election, saying the need to break the Brexit deadlock was not a good enough reason to give the Tories another five years in power.

“I wrote to the leader’s office warning it would be ‘an act of catastrophic political folly’ to vote for the election, and explained exactly why we should not go along with it.

“I argued that the single issue of Brexit should not be enough to give Johnson a five-year mandate to enact his agenda on every issue.

“Instead, I said we should insist on a referendum on his proposed deal, to get the issue of Brexit out of the way before any general election.”

The shadow cabinet member added: “So when the Labour leadership contest begins, whoever is standing – and I hope to be one of the candidates – the first question shouldn’t be about their position on Brexit, or where they live in our country.

- Advertisement -
Facebook
Twitter
Pinterest
WhatsApp
Linkedin
ReddIt
Email
Tumblr
VK
Previous articleRyanair: Never sit in this one seat on a Ryanair plane or risk very unpleasant surprise
Next articleArsenal news: Mikel Arteta will be a HUGE hit at Emirates, according to Football Manager