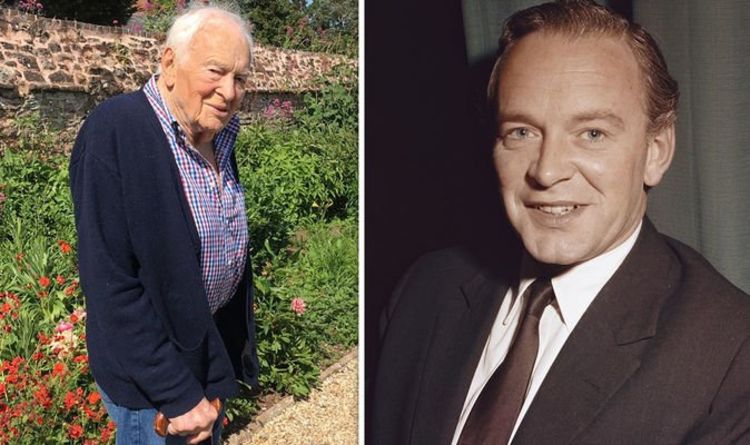 Fern Britton shared a tribute to her famous father on Twitter, as she told her followers he had died this morning. The former This Morning presenter uploaded a picture of Tony Britton, calling him a “charmer”.

“May flights of angels sing thee to thy rest.”

Fern was inundated with fans paying their respects to Tony, who was known for starring in films including Operation Amsterdam and The Nearly Man.

One person said: “So sorry to hear of your loss My thoughts and prayers are with you xxxx.”

A third said: “I remember him fondly from Robin’s Nest where he played the father in law Mr Nicholls. Especially the episode where a German character kept saying ‘I vant to see Herr Nicholls!’ Rest in Peace Tony xx.”

Tony as born in Birmingham and served during the Second World War in the army.

He also worked for an estate agents and in an aircraft factor before enjoying a career in theatre, performing a the Old Vic and the Royal Shakespeare Company.

Tony has appeared in many great hit films from the 1950s onwards including Sunday Bloody Sunday and The Day of the Jackal.

From 1983 to 1990, Tony starred alongside Nigel Havers and Dinah Sheridan in the BBC sitcom, DOn’t Wait Up.

Tony and his first wife, Ruth, had two children together, presenter Fern and scriptwriter Cherry.

The actor went on to marry again and had a son, actor Jasper Britton, with wife Eva Castle Britton.

Last year, Fern revealed her mum, Ruth, had died at the age of 94.

She announced the sad news on Twitter, where she called her “brave” and “funny”.

Fern uploaded a photo of Ruth sitting down in an armchair with her rms folded as she paid tribute.