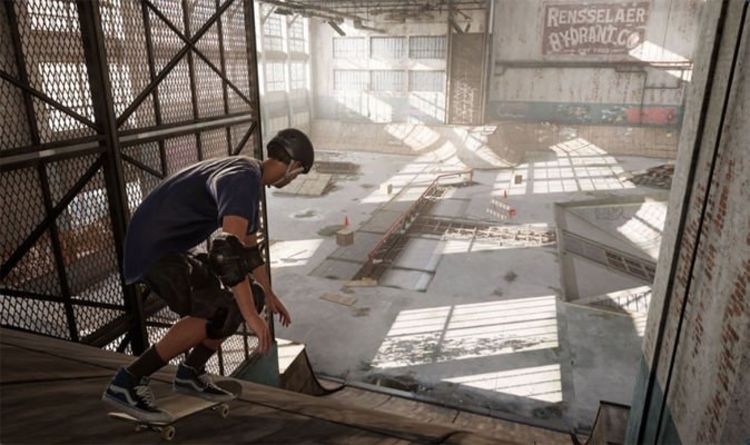 Tony Hawk’s Pro Skater 1 and 2 publisher Activision is about to release the Warehouse demo on PS4, Xbox One and PC.

The Tony Hawk’s Pro Skater 1 and 2 Warehouse demo has an August 14 release date on all platforms, and a 4pm BST launch time for fans living in the UK.

If you want to unlock the Warehouse demo and play the game early, you’ll need to pre-order the game digitally.

The newly released demo lets users play a two-minute Single Session on the classic Warehouse level from the original game.

“In this pre-release experience carved out from the full game, you get to skate as Tony Hawk in the level that started it all for the franchise; the Warehouse, straight out of the original Tony Hawk’s Pro Skater,” reads a Sony post.

“For this demo, you’ll be taking part in a classic, no-frills Single Session.

“You have two minutes – unless you go into Overtime by keeping a combo going past the time limit – to rack up as much score as you can as you explore the Warehouse.”

There are no limits to the number of times you can retry the demo, which means you’ll be able to get lots of practice in before the game launches in full.

“Want to try again? Just hit the Retry button. There is no limit to how many sessions you take.

“Following each Single Session, you’ll see a breakdown of your final score, longest combo, and more individual stats based on how you skated within that session.”

Activision is also keen to point out that users who pre-order the game after the demo launches will be prompted to download it at the checkout.

Developed by the team behind the Crash Bandicoot N Sane Trilogy, the upcoming release contains all the classic action alongside one or two brand new features.

“Tony Hawk’s Pro Skater 1 and 2 will also include fan-favourite features from games across the entire original franchise, including revert, lip tricks, wall plant and original multiplayer game modes, both online and for local couch play.

“And yes, Create-A-Park and Create-A-Skater modes are back! New to Create-A-Park this time around is a robust editor enabling new ways of customisation.”

The collection will also contain more goals than the original games, as well as improved visuals and new challenges.

Needless to say, Hollywood is full of rumours and suggestions, especially when it comes to Bond. Not only are fans desperate to find out who...
Read more

Flu season is an annual occurrence, with seasonal influenza returning in the winter and infection millions worldwide. With the UK still reeling from the...
Read more