Tony Hawk's Pro Skater 1 and 2 review: Definitive proof that heaven is indeed a half pipe 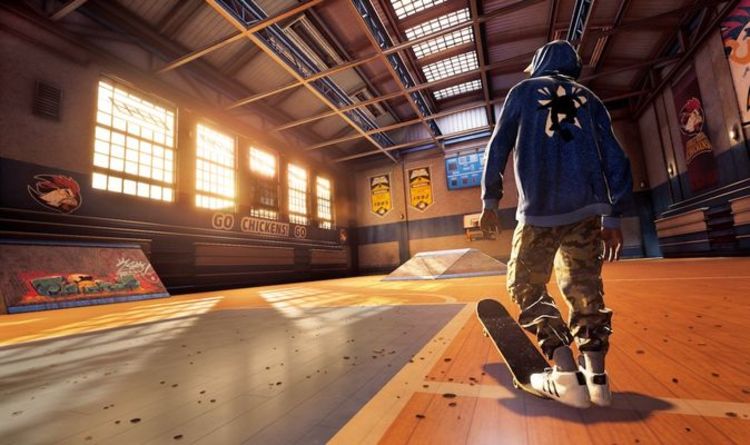 As the name suggests, the latest release in the long-running skateboarding series is a remake of the original Tony Hawk’s Pro Skater and its direct sequel.

The first two games kickstarted the genre, made Tony Hawk a household name, and arguably catapulted the art of skateboarding into the mainstream.

And when you fire up the remake, jump into the classic Warehouse map and start pulling off combos, it’s easy to see why it was so beloved.

It’s a simple and uncomplicated game that becomes increasingly rewarding the more you play and better you perform.

There are no shoehorned story scenes, the tutorial is optional – albeit recommended – and no stop-start action sequences telling you where you need to go and what to do.

This is gaming in its purest form, where the aim is to simply git gud and rack up those high scores.

The core game revolves around two-minute Skate Sessions in various unlockable locations. The two minute time limit adds a sense of speed and urgency to each run, which in turn pushes players to constantly be on the attack, try new tricks, perform bigger combos and discover secrets.

If you’re unhappy with your run and make a mistake, you can hit the restart button and try afresh within a few seconds.

Each location has its own set of challenges, tasking players with everything from collecting text books and spray cans, to making certain jumps, finding secret areas, and earning huge scores.

Completing these challenges are key to unlocking new locations, so you always feel like you’ve got something to aim for.

Even when you have unlocked each location and beaten the scoring requirements, Tony Hawk’s Pro Skater 1 and 2 contains hundreds of skater specific challenges, as well as a few dozen general tasks.

Without wishing to sound like a broken record, THPS provides players with a constant sense of reward and progression, even if cosmetic unlockables aren’t as appealing as new locations.

Speaking of broken records (sorry), the 59 song soundtrack is pretty amazing, especially if you like skate punk, ska, hip hop and/or metal.

Many of the old classics have made a return, alongside over three dozen newly added tracks from bands like Reel Big Fish, Sublime, and Machine Gun Kelly.

If there’s a particular song or genre you’re not interested in – or perhaps you only want the original music tracks – you can skip to the next song by clicking R3 on PS4, or you can easily create your own playlist in the options menu.

The sound department has also done a great job capturing the sound of your board on each surface, not to mention all of those bone-crunching, board-shattering fails.

It’s hard to find fault with Pro Skater 1 and 2, other than maybe the in-game shop, which is absolutely overloaded with cosmetics.

This in itself isn’t a big problem as there are currently no microtransactions, although whether it stays this way remains to be seen.

The character models in Create-a-Skater also feel a little limited, but at least there are plenty of clothing items and accessories to make up for it.

With the ability to create your own skate parks and play community creations online, Tony Hawk’s Pro Skater 1 and 2 is the game that keeps on giving.

The perfect skateboarding game, Tony Hawk’s Pro Skater 1 and 2 is a surprising 2020 game of the year contender, and proves once and for all that heaven is indeed a half pipe.