Too Hot to Handle: How to visit the show’s stunning beachfront filming location 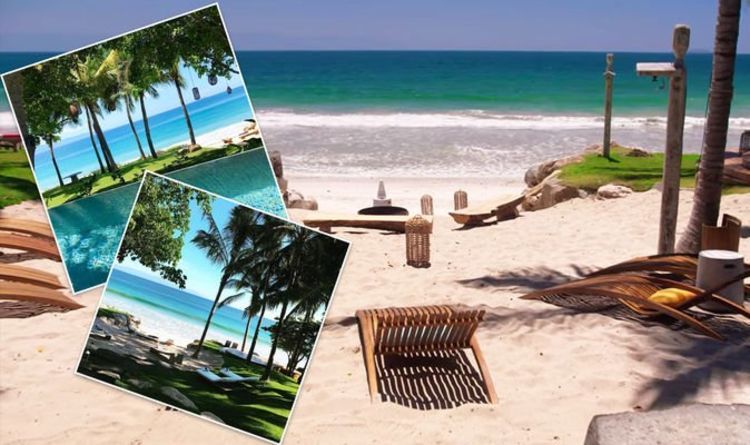 Too Hot to Handle is the latest reality dating show to take Netflix viewers by storm. The show, which is reminiscent of ITV’s Love Island, sees a group of attractive strangers placed together in an exotic, sun-kissed destination with hopes that they will fall in love.

Where is Too Hot To Handle Filmed?

The trending TV show is filmed on Mexico’s Pacific coast, not too far from Puerto Vallarta.

The area is one of the west coast’s most popular tourist destinations, attracting masses of tourists, including plenty of famous faces, annually.

Puerto Vallarta is known for its beach and water sports offering, alongside a thriving nightlife scene, and according to travel insurance provider Berkshire Hathaway Travel Protection is a “safe destination” with very little major crime reported amongst visitors.

The region began to grow into a major tourist destination in the 1960s and 70s, particularly thanks to a boom in hotel developments, as well as other government and economic changes.

Since then its tourist traffic has happily increased, with tourism now making up around 50 percent of the city’s economic activity.

When is the best time of year to visit?

Puerto Vallarta’s high season spans from late November through to March, and is particularly popular amongst North American youngsters during their annual “spring break”.

However, the weather remains pleasant here year-round, if not a little too hot to handle in the summer months.

The winter months see an average high of approximately 35 degrees Celsius, meanwhile, the summer months of June and July can soar to a whopping 45 degrees celsius.

According to UK holiday provider TUI: “The best time to visit is between November and January when the weather is most settled.

“The hottest month of the year is May with an average daily maximum of 41 C and an average low of 23 C.

“The coolest month of the year is January with an average daily maximum of 36 C and an average low of 18 C.”

They add that it is a year-round destination for beach lovers.

Can I stay at the exact filming location?

Along with the stunning ocean views and sandy beaches, it is the accommodation that the contestants get to laze around in all day that really captures attention.

Too Hot to Handle is filmed at Casa Tau, a “private oceanfront estate” described as “where comfort meets luxury”.

It was developed by two award-winning architects, Manolo Mestre & Juan Collignon and is situated inside the Punta Mita – Ranchos Estate development on the Riviera Nayarit.

The good news is you absolutely can enjoy the experience of staying in this opulent, beach-front house, but there is a price tag to match.

Each of the villas are centred around an impressive infinity pool giving way to the incredible crystal blue waters of the ocean view.

The villa also promises an array of high-tech amenities, including centralised systems to control music, lighting and atmospheres.

Plus, travellers will never have to lift a finger thanks to an array of in-house staff on hand to tend to their every need.

Other amenities include an in-house laundry service, fully equipped gym and spa treatments.