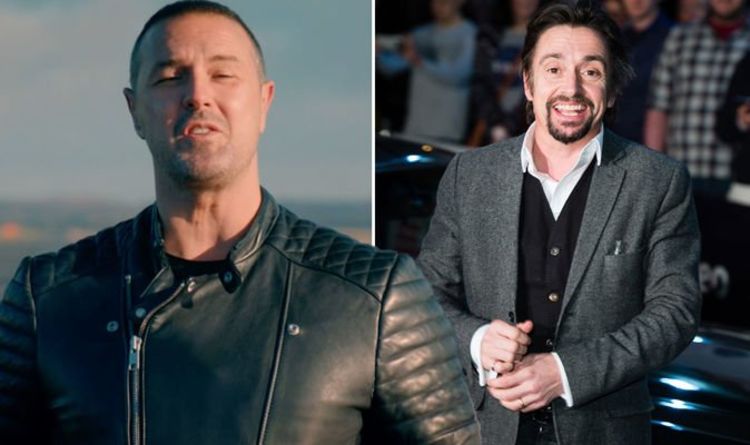 Tonight’s Top Gear saw the ante upped between Chris Harris and an RAF fighter jet. Behind the driver’s wheel of a £2million, 250mph McLaren Speedtail, Chris was tasked with beating the F-35 Lightning in a head-to-head race. While the action on BBC Two was undoubtedly gripping, some long-serving fans weren’t best pleased with the show for “repeating” the same race former host Richard Hammond had taken on.

Paddy McGuinness paid reference to an episode in 2007 which saw Richard Hammond take on an RAF jet in a race.

The Top Gear host said: “Now back in 2007, on this very programme you may remember Richard Hammond raced a very fast car against an RAF fighter jet.

“That fast car was a Bugatti Veyron. And it lost. But as you can see, things have moved on in the last 13 years and I thought it was time for a rematch.

READ MORE: The Grand Tour: The one change James May had to make from Top Gear

“And they said: ‘We’d love a rematch and guess what? We’ve got a new toy as well.”

At this moment, the F-35 flew overhead, prompting Paddy to joke: “I think we’ve bitten off more than we can chew.”

While Chris momentarily crept into a lead during the race, he ultimately endured the same fate as Richard and lost to the jet.

The entire race was quite a spectacle to behold but some fans weren’t too happy with the show using a similar segment from the past.

Taking to Twitter, one fan said: “Since the ‘famous’ three left @BBC_TopGear, it’s just constant rehashing of what they did but with a new crew yet again. Basically, same song but different singers.

A second fan agreed: “Clarkson and the lads were doing this stuff years ago!!!! Try coming up with some new ideas.”

“It’s never a good idea for new #TopGear to reference popular-era #TopGear and/or revisit one of their challenges. Should always be looking onward and upward; not backward,” mentioned a third.

While a fourth fan sarcastically commented: “So, the new top gear is doing the same stuff Clarkson, May & Hammond we’re doing 10 years ago…… now that’s thinking outside the box.”

ByThe star has been keeping busy during the lockdown and penned a new children’s book named Sadsville. Opening up on why he decided to write...
Read more