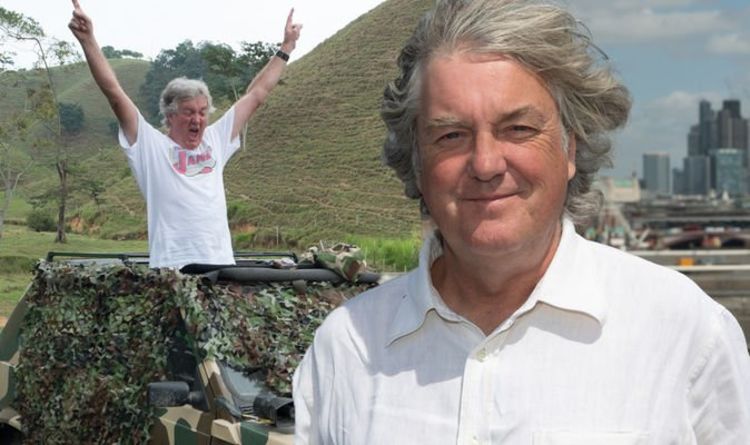 The trio are known for their wild adventures and hilarious challenges but one James doesn’t have fond memories of involved a food processor.

The first question of the quiz was: “Jeremy Clarkson once made a food processor on old Top Gear, what engine powered it?”

The answer was revealed to be a Corvett, V8, and James went on to answer a second question regarding the processor.

He was asked: “He used the processor to make a smoothie, it was made of beef, bovril and one other B, what was the third ingredient?”

The third ingredient was in fact a brick, which clearly sent shivers down James’ spine as he recalled the drink.

“I did drink it, I took a small sip of it, it was absolutely disgusting,” James replied. “Yes it was a brick!”

“Probably!” James continued as he took a sip of red wine.

While Rachael was tickled by his response she did press him for a more specific answer.

“They’re all difficult,” James replied before settling on a memory from Top Gear.

“I’d say – wow – the North Pole all those years ago in the Top Gear era was difficult,” as he recalled challenges they were set.

“I think on The Grand Tour the most trying one was, probably, I think it was driving John – our homemade car.”