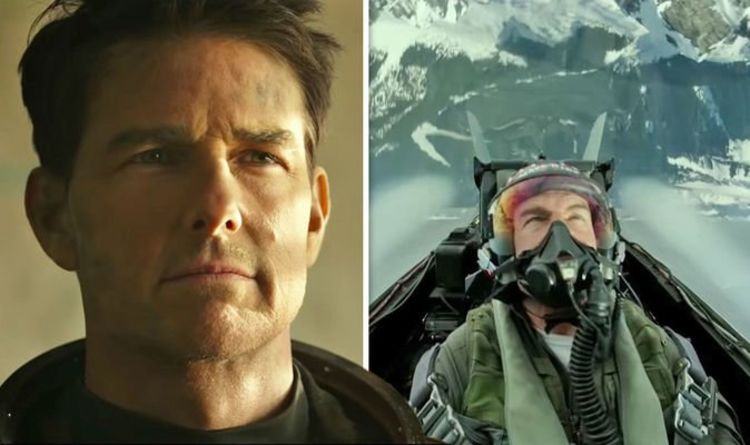 The new trailer sees Maverick introduced, decades on from the first movie, as “one of the finest pilots this programme has ever produced” as he returns as an instructor to a new generation of US fighter pilots. “His exploits are legendary. What he has to teach you may very well mean the difference between life and death,” the trainees are told.

Following a couple of action-packed shots of aerial stunts involving fighters jets, it’s back on the ground for Maverick as he meets some senior personnel on the base.

“Your reputation precedes you,” Jon Hamm’s character tells him, to which he replied: “I have to admit, I wasn’t expecting an invitation back.”

Fans get their first real look at Rooster in the new trailer as he and the new recruits seem to follow in the footsteps of his father Goose and his new instructor Maverick, playing sports on the beach, hanging out in bars and getting stuck in to training with impressive aerial stunts.

Back in July, the first-look trailer showed Maverick back in the cockpit again.

Naturally, there were plenty of nods to the 1986 original, with Maverick donning his leather jacket, grabbing those famous Aviators and mounting a motorbike to the soundtrack of the iconic theme.

The first trailer featured what seemed like a tense meeting between Maverick and Harris’ character, who referred to him as “the only man to shoot down three enemy planes in the last 40 years”.

“Yet, you can’t get a promotion, you won’t retire and, despite your best efforts, you refuse to die,” the superior officer continued.

“You should be at least a two-star Admiral by now, yet here you are, Captain. Why is that?

Top Gun Maverick: Tom Cruise made all the stars do THIS to get the job [INTERVIEW]

“The end is inevitable, Maverick,” he was warned later in the clip. “Your kind is headed for extinction.”

Top Gun: Maverick’s official synopsis reads: “After more than thirty years of service as one of the Navy’s top aviators, Pete ‘Maverick’ Mitchell is where he belongs, pushing the envelope as a courageous test pilot and dodging the advancement in rank that would ground him.