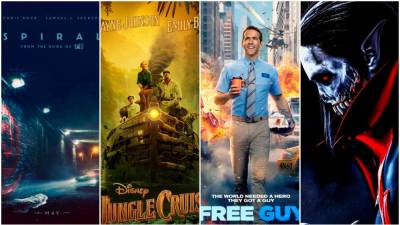 We’ve reached the third and final part of our compilation of the summer’s biggest blockbusters that unfortunately will be delayed due to the pandemic.

Chris Rock’s foray into more serious roles certainly sparked interest, especially after the first trailer dropped for what is seen as the rebirth of the Saw franchise. Sadly, Lionsgate has announced that Spiral will be delayed indefinitely.

Disney had the most to do, due to the monkey wrench caused by the coronavirus to its scheduled release dates. Jungle Cruise starring Dwayne ‘The Rock’ Johnson and the always lovely Emily Blunt will be pushed back a full year to July 30, 2021.

This video game-themed action-comedy starring Ryan Reynolds has an interesting premise, and was set to be one of the few movies during this summer’s blockbuster period that is not a sequel. Free Guy will now open nearer to the end of the year.

Once-beleaguered Sony has had a good run with Marvel comic book adaptations recently, and this Jared Leto-led film centred around the living vampire antihero Morbius had fans keenly interested.

Sadly, a necessary schedule reshuffle sees the original date pushed back from July to mid-March next year.