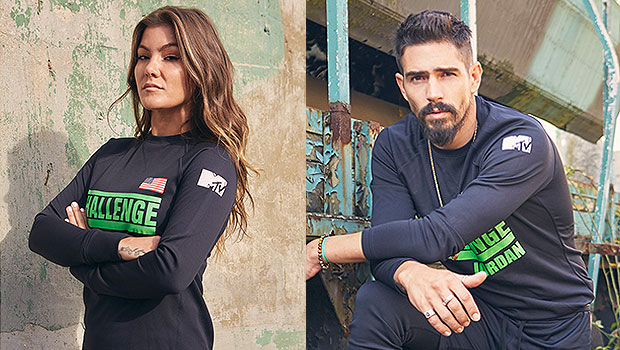 A fan-favorite couple from ‘The Challenge’ is going their separate ways. In an emotional Instagram post, Tori Deal announced the end of her engagement to Jordan Wiseley.

More than one year after getting engaged, Jordan Wiseley and Tori Deal have broken up. After weeks of speculation amongst fans that they had split, The Challenge stars confirmed the news via Instagram on Nov. 27. “I thought I knew love when Jordan and I were together,” Tori wrote. “But there is a different kind of love that two people feel when they decide it’s time to experience life apart.”

She continued, “Even though Jordan and I are going to be moving forward in separate ways, our love, support, and connection with one another only grows stronger and deeper.” Tori urged fans not to look at the breakup as “a failure,”  and explained that she and Jordan simply realized that they couldn’t commit to one another because they had to work on themselves first. “This decision was not made with malice and it does not stem from a place of anger,” Tori wrote. “I know some of you may think that there was ‘one big thing’ that happened to cause this, but there wasn’t.”

Tori explained that “a lot of little things” built up over time between her and Jordan, which led them to realize that they “each need [their] own space.” She also insisted that the breakup is “very amicable” and asked fans to let them both “heal in peace.” Meanwhile, Jordan shared the news on his own Instagram page with a similar message.

“I love Tori from the depths of my soul,” he admitted. “She will always be one of my best friends in this world and no one will ever truly be able to understand the depths of our understanding for one another, like we do. It has been the best and most beautiful time of my life to grow with and love you, Tori.” He also insisted that there was no ‘scandal’ that led to the breakup.

Jordan and Tori met during Tori’s first season of The Challenge, Dirty 30, which was filmed in May 2017. At the time, Tori was still dating her boyfriend from Are You The One?, Derrick Henry, who was also on the show. Derrick was eliminated early on, but Tori made it far in the competition, and formed a close bond with Jordan. At the reunion show, Derrick and Tori admitted that they hadn’t spoken since his elimination. By this time, she was already dating Jordan, but insisted that she never cheated on Derrick with her new love.

In 2019, Jordan and Tori got engaged while filming The Challenge: War of the Worlds 2. Jordan proposed to Tori after winning a high-stakes elimination, and she happily accepted. Both Jordan and Tori made it to the final challenge on the same team, but Tori was eliminated in the first leg of the race. Jordan went on to win the final, making it his third win on the show.

They both returned for The Challenge: Total Madness, which aired earlier this year, but were eliminated during episodes seven and eight, respectively. Earlier this month, the cast for The Challenge: Double Agents was revealed, and Tori was confirmed as a competitor. However, Jordan was not on the cast list for the new season. The show premieres on Dec. 9 at 8:00 p.m. on MTV.