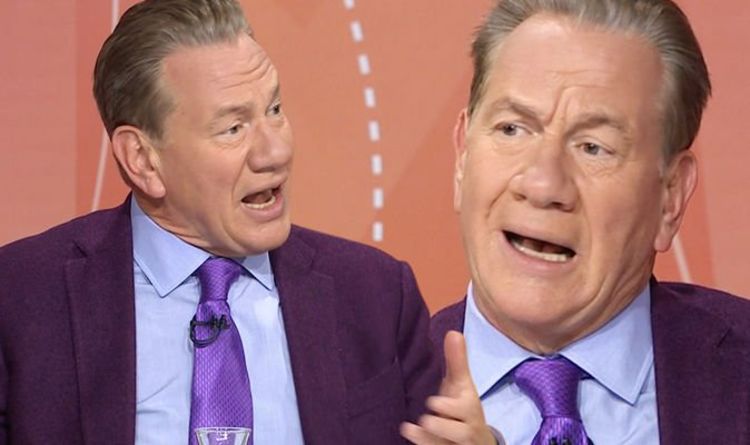 The former Tory MP was appearing on Thursday night’s edition of BBC Question Time in Weymouth. He was joined by fellow panelists George Eustice MP, Alison McGovern MP, journalist Ash Sarkar and RBS chairman Sir Howard Davies. The panel was answering a question by a community nurse, worried that the Government’s new immigration plans would lead to a shortage of workers in social care, which employs many foreign workers.

Mr Portillo said: “I think there is something decadent about the situation we’ve got ourselves into, where we think that there are lots of jobs where only foreigners, and probably only transient foreigners at that, will do.”

He added: “I think we ought to get back to a situation where more British people see the care industry, the NHS, catering, hotels, see these as careers.

“Go to them because they want to go to these jobs and have the proper qualifications, have training, have the opportunity to move up through the system.”

While admitting that Boris Johnson would have to be flexible in the way he implemented his new immigration policy, the former Tory MP backed the Government’s approach.

He said: “I think the consequences of this immigration policy are pretty broad and I think pretty positive.”

Earlier this week the Government announced that it was introducing a point-based immigration system, which will put an end to the free movement of labour from the European Union.

Currently, workers from the European Economic Area have the automatic right to live and work in the UK irrespective of their salary or skill level.

The Government says that this will end on December 31, when the 11-month post-Brexit transition period is due to finish.

“68 million people now living in England and going up, according to UN estimates.

“At what stage do the panel and people think this country has had enough?

“Because it’s got to the stage now where there’s no education, the schooling, infrastructure – it’s enough. We are sinking.

“Surely someone’s got to see common sense and say ‘enough is enough!’”