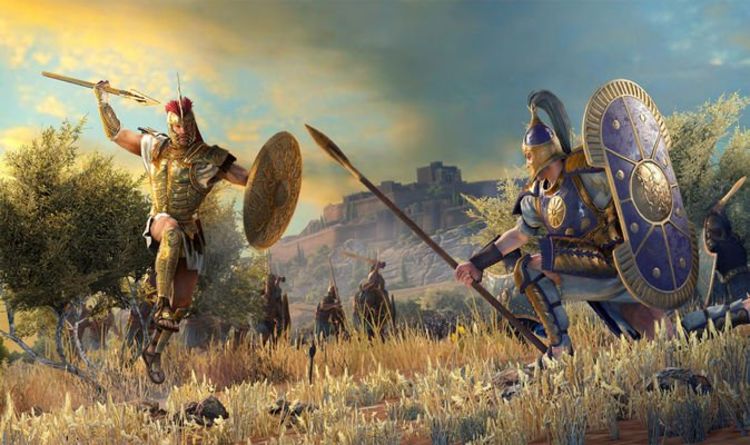 When A Total War Saga: Troy was first announced by Creative Assembly, gamers were ready to find out that it was going to be another Epic Games Store exclusive on its August release date. But they were probably surprised to find out that it was also going to be a free download on the platform for a limited time. So while there will be plenty of gamers out there who will be waiting for the Steam launch, everyone can grab Total War Troy for free. Here’s what we know about the launch coming this week and what gamers can do to get ready for the big download.

WHAT IS THE TOTAL WAR SAGA: TROY RELEASE TIME?

Developers Creative Assembly have confirmed that Total War Saga: Troy has a release date set for August 13, on the Epic Games Store.

That means that if you want to download and play the new campaign, you will need to have the Epic Games Store launcher installed and an account set up.

Many PC gamers will already have this in place after so many free games have been given away on the platform, including GTA 5 and ARK: Survival Evolved.

And like those other games listed above, Total War Saga: Troy will also be available for free, albeit, for a shorter time.

Epic Games has confirmed that the latest Total War Saga will be available to download at no extra charge during its first 24-hours on the store.

After that, it will cost money to purchase and is unlikely to revert back to a free pricing plan in the future.

From what has been shared so far, the Total War Saga: Troy release time has been set for 2pm BST on August 13, 2020.

That’s 6am PT if you live in the United States and you can expect plenty of interest from gamers looking to check out the new strategy experience.

During the game’s first 24-hours on the Epic Games Store, you’ll be able to head over to its dedicated store page and add to your games library for free.

Alternatively, you can log in into the Epic Games Store via a web browser and add it to your account, although you will need to the launcher if you want to play Troy.

There will also be an option to add free DLC to your game after Troy has been launched and will require you to have a Total War Access account, and linking it to your Epic Games account.

The Total War Amazons expansion is set to launch in September and will add a number of new characters and units to the game.

"For the time being, this virus is a fact of our lives and I must tell the house and the country that our fight...
Read more

Marianne LeVine Cruz countered: “This endeavor started with a resolution that the majority put forward that was intended to be a bipartisan resolution commemorating the...
Read more