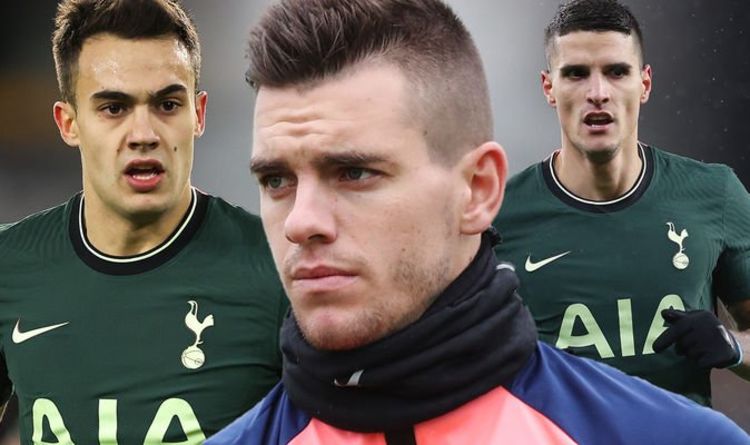 One of the footballer’s friends uploaded a picture on Instagram showing the four footballers in a group of 18, posing for pictures on Christmas day.

Those living in Tier 4 areas such as London were not permitted to mix with anyone outside of their own household for the festive period.

And Tottenham have now condemned their players for breaking the rules, with a statement posted reading: “We are extremely disappointed and strongly condemn this image showing some of our players with family and friends together at Christmas particularly as we know the sacrifices everybody around the country made to stay safe over the festive period.

“The rules are clear, there are no exceptions, and we regularly remind all our players and staff about the latest protocols and their responsibilities to adhere and set an example.

“The matter will be dealt with internally.”

Those living in Tier 4 areas must stay home, apart from limited exemptions which include work and education.

They’re not allowed to meet others indoors, unless they’re part of the same household.

Reguilon moved to Tottenham from Real Madrid back in the summer, while Lamela and Lo Celso have been at the club since 2013 and 2018 respectively.

Meanwhile, Spurs’ recent match with Fulham was recently called off because of the rising coronavirus cases.

And Mourinho was unhappy at the game being postponed at the last minute, saying: “I don’t want to speak too much about it. I felt unprofessional, but that is the way it was.

“We were preparing ourselves for that match and that is disruptive of what is a week of work.”

Ahead of his side’s clash with Leeds, Mourinho admitted he wasn’t overly familiar with Marco Bielsa.

“I’m only a disciple of my father and I don’t like that situation in football,” he said.

“Even younger coaches, even people that worked with me before, I don’t like that: ‘Oh, they are a disciple of Jose’. Everyone is an individual with their own ideas. You can be influenced by one or another but, in the end, what matters is the individual.

“I think he was Athletic Bilbao coach in one of the seasons I was in Real Madrid. Now is the first time we’re in the Premier League at the same time.

“For sure, he has to be a very good coach but I’m not the person to analyse him because I don’t know him even personally. I just shook hands a couple of times.”

“Nobody was saying that then and nobody would be saying that now if we had beaten Liverpool at Anfield.

“I accept a very pragmatic analysis which is that in some matches Tottenham are winning 1-0 and in the second half do not produce enough to score more goals.

“I promise you what is happening in our second halves away from home when we are winning 1-0 is not something we want to do.”