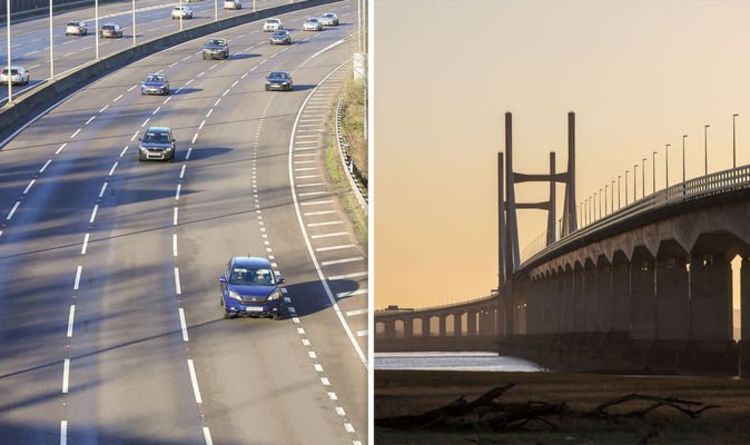 The Met Office has issued severe warnings against travel and delays to public transport services as Storm Brendan slowly smothers the UK in 80mph winds and heavy downpours. The entirety of England, Wales and southern tip of Scotland is covered in a yellow weather warning of wind and rain, marking the worst and largest-scale adverse weather in months.

Those travelling should expect some delays to road, rail, air and ferry transport.

As well as this, some bus and train services will be affected, with journeys generally expected to take longer than usual.

Commuters are therefore advised to allow for extra time when travelling to and from work.

Consideration should be taken if it is too dangerous to travel to work, to shop, or any other means of travel that are not deemed as crucial.

Exposed areas are especially vulnerable, for example, bridges and open landscapes prone to harsh side wind.

High-sided and heavy vehicles should also expected severe delays in routes along bridges.

Some short-term loss of power and other services is possible, more likely to last longer in rural areas.

A category 1 storm constitutes winds from 74-95mph – Storm Brendan already blowing gales of up to 80mph in some parts of the UK.

The chaos first began on Monday morning when more than 60 houses near Falmouth suffered electricity failures as winds began to bring down trees across cables.

“It’s going to be particularly windy across the western half of the UK, with gusts reaching 60-70 mph along Irish Sea coastlines, the west of Scotland and perhaps some English Channel coasts – maybe even 80 mph in a few exposed places.

“This is likely to cause some disruption to sea, road and air travel.

“As Storm Brendan moves eastwards, strong winds will also develop across eastern parts of the UK, particularly northeast Scotland where there is also a wind warning in place.

“As well as strong winds, there will be large coastal waves in western areas, so bear this in mind before heading out in these regions.”

Tuesday morning started positively with many areas enjoying relative calm and sunny conditions, though the picture soon change as dark and rain-filled cloud swept over the country.

ByScotland is to enter a new five-tier system of coronavirus alert levels, Nicola Sturgeon has confirmed.The new model will come into force from 2...
Read more
U.K.

ByMs Sturgeon said: "When England published their the chief medical officer in England at the time said he thought the top level was...
Read more