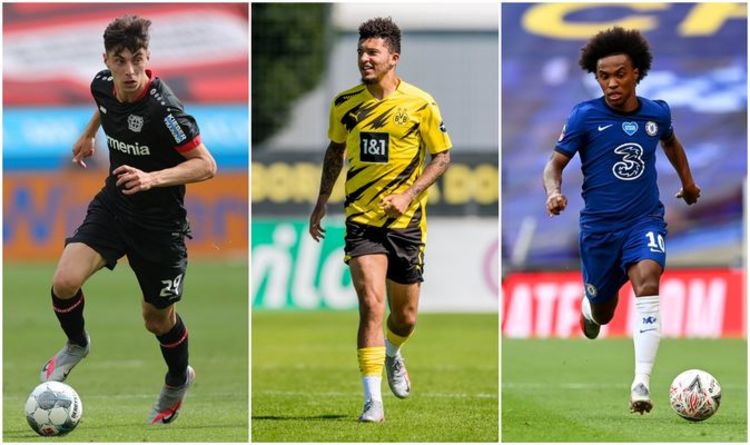 Frank Lampard has given Emerson Palmieri the green light to leave Chelsea.

According to Football Insider, Inter Milan are set to launch a move for the left-back, who has failed to dislodge Marcos Alonso as a regular starter.

The Serie A giants are plotting an offer worth for the £18m-rated defender.

Chelsea need to sell in order to raise funds for new recruits, with Ben Chilwell wanted by Lampard.

Chelsea midfielder Tiemoue Bakayoko has been told he has no future at Stamford Bridge.

The £40million signing has spent the last two seasons out on loan.

AC Milan and Monaco both passed on permanent options but the former are now considering a permanent swoop.

Chelsea are willing to accept an offer worth £20m for his services.

The Sun, however, claim Milan will bid an initial £13.5m.

Liverpool have been tipped to beat Leeds United in the chase for Brighton and Hove Albion defender Ben White.

Former Whites goalkeeper Paul Robinson told Football Insider: “I think he would start straight away alongside Van Dijk. They would be a formidable partnership.

“You see the way that Van Dijk has played with De Ligt for the Dutch national team. He always develops the players around him.

“White would be a shoo-in with Van Dijk to start. He would start the season and you would not get him out. He did not missed a game for Leeds last year.

“He has got a great affinity with Leeds, the club and the fans, but the offer of Champions League football and playing for the Premier League champions may just be too much of a lure.

“You hope that he has a bigger affinity with Leeds but if he went to a club like Liverpool he would get in and you would not get him out again.”

Borussia Dortmund plan to keep Jadon Sancho after Manchester United failed to meet their deadline for a deal.

The Bundesliga outfit were open to selling the England international before their pre-season camp, although the two clubs were miles apart in their valuations.

Dortmund chief Michael Zorc said: “We plan on having Jadon Sancho in our team this season, the decision is final. I think that answers all our questions.

He added: “Last summer, we adjusted Jadon’s salary to match the development of his performances. So in context, we had already extended his contract until 2023 back then.”