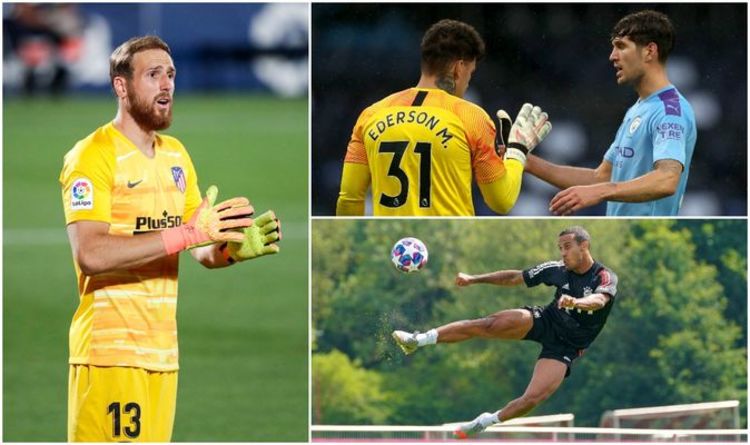 Transfer expert Duncan Castles believes Jurgen Klopp and FSG could at odds over the signing of Wolves striker Raul Jimenez.

He said on the Transfer Window podcast: “I can see why there would be interest from Liverpool and the player beacuse of the eay he has performed for Wolves.

“There is a lot of competition there, he is first-choice for Juventus if they manage to dump Gonzalo Higuain in the current market pace and raise sufficient revenue from transfers.

“One of the players they are trying to sell and sell to England is Douglas Costa.

“To be able to get Jimenez from Wolves, and they want to put him in an attack alongside Cristiano Ronaldo and Paulo Dybala which would be entertaining to watch for sure, and frightening to defend against.

“This will not be a cheap deal, Wolves paid a lot of money for Raul Jimenez to get him from Benfica. He is paid a very good salary there.

“They know his value, they’re a tough club to buy players from and I’m not sure whether Fenway Sports Group are prepared to back Klopp in the manner which would be required financially to get Jiminez from Wolves.

“While there is an interest, an undertsandable interest, it will be an interesting test of how much support FSG are prepared to give Klopp going into this next season to defend that Premier League title.”

Adam Lallana has agreed a three-year contract with Brighton and Hove Albion.

The Liverpool midfielder is departing Anfield on a free transfer with his contract set to expire in the coming days.

Lallana has been on Merseyside for six years having joined from Southampton in 2014.

An announcement could be made as soon as Monday.

Bayern Munich have made a decision over the future of Kingsley Coman amid interest from Manchester United.

The France international has emerged as an alternative target to Borussia Dortmund winger Jadon Sancho for the Red Devils.

Ed Woodward has reportedly held talks over a loan or permanent move.

The club’s scouts are said to have watched the 24-year-old extensively ahead of the transfer window.

Reports in Germany, however, suggest that Coman is a non-starter for United.

SportBild claim Bayern bigwigs would say no to any approach from the Premier League giants.

Chelsea have turned down the chance to take Aaron Ramsey in a swap deal for Jorginho with Juventus, according to TuttoMercatoWeb.

Jorginho looks set to end his two-year stint in west London with reports suggesting he is pushing for a move back to Italy.

Juventus have emerged as the frontrunners for his signature and are said to be in contact with Marina Granovskaia to try and make a deal happen.

But it is claimed Chelsea turned down the offer as they’re only interested in a straight-cash deal.

When asked if Pepe would be considered among the league’s biggest flops from last summer transfer window when taking his £72m fee into account, Jenas said: “Oh yeah. That’s up there with Joelinton.

“It is the money, it is as simple as that. The amount of money spent on him in terms of what he has delivered and what you can actually see.

“A lot of people talk about Thierry Henry’s first season at Arsenal and it didn’t quite go for him straight away.

“They kind of lean on that a lot in these type of signings.

“But I’ve just not seen it with this particular player and it looks like bad business.”