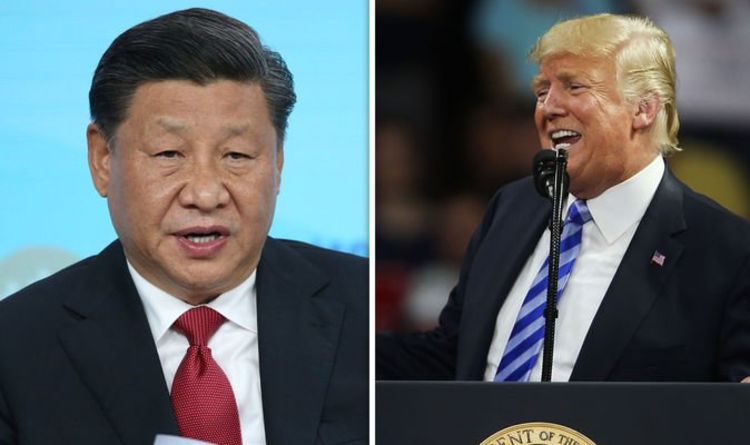 China’s Foreign Ministry said on Friday that the US should focus on its own domestic problems such as gun violence rather than condemning Beijing after US Vice President Mike Pence made a speech this week that was critical of the rival super power. Pence on Thursday accused China of curtailing “rights and liberties” in Hong Kong and blasted US company Nike and the National Basketball Association for falling in line with Beijing in a disagreement over free speech. As trade war bickering rumbles on amid hostile talks, Pence tried to calm the rhetoric saying the US does not seek confrontation, neither does Washington want to “de-couple” from its counterparts in Beijing.

However, the Vice President still found time to take jibes at China’s overreaching and aggressive policy not just in Hong Kong but also in Chinese-claimed Taiwan referring to the state as a beacon of democracy.

Pence also joined Secretary of State Mike Pompeo in condemning Beijing’s treatment of Uighur muslims, stating that “in Xinjiang, the Communist Party has imprisoned more than a million Chinese Muslims, including Uighurs, in internment camps, where they endure around-the-clock brainwashing”.

Pompeo said earlier this month that “when the state rules absolutely, it demands its citizens worship government, not God. That’s why China has put more than one million Uighur Muslims … in internment camps and is why it throws Christian pastors in jail”.

Despite growing evidence highlighting human rights transgressions in the Xinjiang region of China, the Beijing Foreign Ministry doubled down with vicious rant in response to Washington’s accusations.

Chinese Foreign Ministry spokeswoman Hua Chunying said Pence’s speech was full of lies and prejudice, and that it had made China “strongly indignant”.

She added: “A handful of politicians with Pence at their head have confused black with white on these issues, making irresponsible remarks and creating rumours to slander others.

US President Donald Trump initiated a trade war with China in 2018, motivated by varying concerns surrounding Beijing’s economic practices such as theft of intellectual property, theft of trade secrets and a growing trade deficit deemed unfair by Washington.

There are also major security concerns throughout the West due to China’s far-reaching economic and political ambitions, with the expansion of Huawei causing fear over Chinese spying and breaching of Western security.