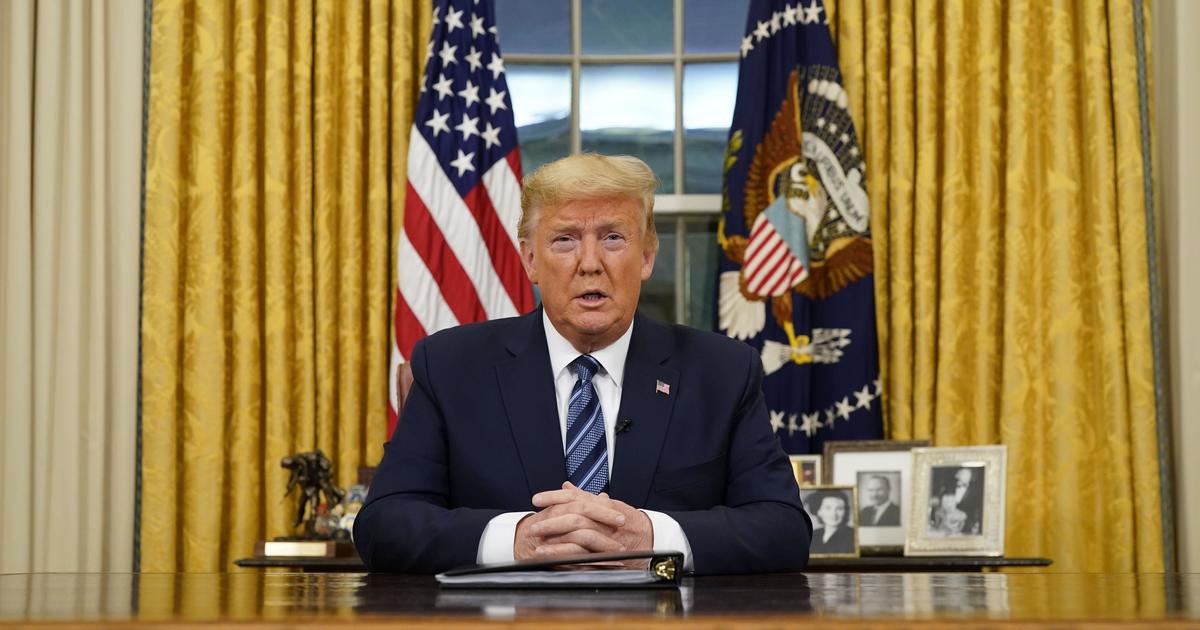 President Trump, in an address to the nation Wednesday night promised to deliver the “most aggressive and comprehensive effort to combat a virus” in modern history. He announced aggressive measures including an expansion of a travel ban to slow the spread of the virus.

“To keep new cases from entering our shores, we will be suspending all travel from Europe to the United States for the next 30 days,” Mr. Trump said. However, he made an exception for the U.K. And exemptions will also be made for American travelers who have undergone screenings. The new travel ban will go into effect Friday at midnight.

In his address, the president indicated that trade would also be subject to the suspension. “These prohibitions will not only apply to the tremendous amount of trade and cargo, but various other things as we get approval,” he said. However, after his speech, he clarified by tweet that it’s “very important for all countries & businesses to know that trade will in no way be affected by the 30-day restriction on travel from Europe. The restriction stops people not goods.”

Mr. Trump accused the EU of not taking the precautions the U.S. had taken to prevent the spread of coronavirus from China. “The European Union failed to take the same precautions and restrict travel from China and other hot spots,” Mr. Trump said. “As a result a large number of new clusters in the United States were seeded by travel.” But he did not explain why he made an exception for the U.K., which has had six coronavirus deaths so far and has 373 cases diagnosed, among them, the health minister.

The president also announced that he was instructing the Small Business Administration to provide capital and liquidity in the form of low-interest loans to help small businesses. He said he would also use emergency authority to allow some individuals to defer tax payments, which he estimated would provide $ 200 billion in additional liquidity.

The Trump administration is also pushing for immediate payroll tax relief, which he said he hoped Congress would consider.

Beyond the measures he announced, Mr. Trump also urged Americans to take commonsense precautions. “For all Americans, it is essential that everyone take extra precautions and practice good hygiene,” he said.

“We are at a critical time in the fight against the virus,” Mr. Trump said, in an address that was meant to calm Americans.

Earlier Wednesday, he said in a tweet he was “fully prepared to use the full power of the Federal Government to deal with our current challenge of the CoronaVirus!”

Stocks have been plummeting over fears of the spread of the virus, and the Dow Jones Industrial Average closed with a loss of more than 1,400 points on Wednesday. The World Health Organization also declared Wednesday that the outbreak spreading around the globe can now be characterized as a pandemic.

The Trump administration is trying to reassure Americans that the risk to the average American of infection remains low, as cities move to restrict large gatherings, and more schools and universities announce closings.

However, Dr. Anthony Fauci, director of the National Institute of Allergy and Infectious Diseases, told Congress in a hearing Wednesday morning that the U.S. can expect to see many more cases in the coming weeks.

“I can say we will see more cases and things will get worse than they are right now,” Fauci said. Fauci also said that the coronavirus is “ten times more lethal than the seasonal flu.”