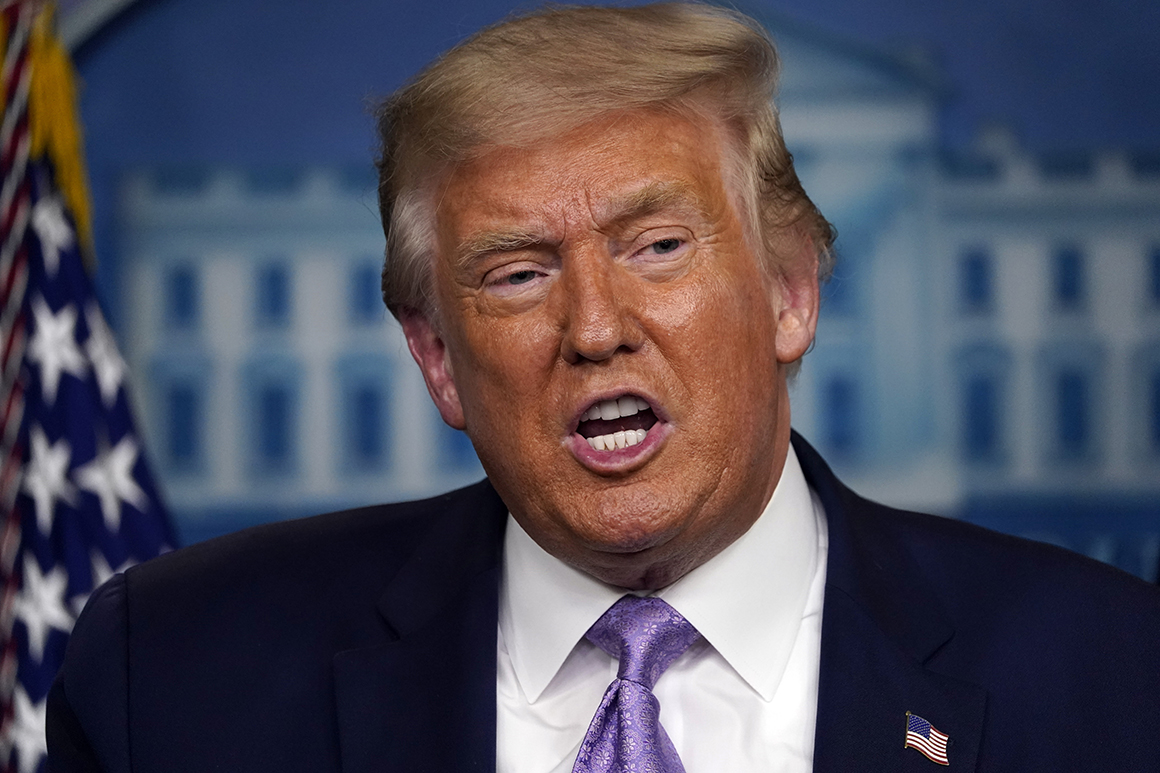 Trump himself urged Americans to wear masks during his briefing, saying it was the “patriotic thing to do.”

Trump also said Biden advocated “locking all-Americans in their basements for months on end,” further painting a picture of a candidate set on presidential overreach.

“He wants to shut down our economy, close our schools, and grind society to a halt and he wants it done by a federal decree,” Trump said. “This would lead to a crippling, long-lasting depression.”

Trump’s remarks came the day after Biden and Harris presented themselves as a pro-science foil to the president and administration’s at-times contradictory response to the pandemic, a key emerging plank of their campaign platform.

Trump in turn used the briefing to counter strike, focusing keenly on his Democratic rivals as opposed to touting his administration’s response.

The Hatch Act prohibits executive branch employees from partaking in political activities in their official capacities.

Trump and the U.S. Office of Special Counsel have argued that the act does not apply to the president, allowing him to use the White House for partisan means.

Despite his partisan tone, Trump later included a seemingly scripted appeal to unity. “Americans must unite together and they must put politics aside and have to really unite for a common good,” he said.

Michelle Starr Passengers alighting at Helsinki Airport in Finland starting from earlier this week will have a speedier - and much fuzzier - way of...
Read more

Speaking to David Sheff on All We Are Saying, Lennon spoke about this song, and detailed how it came about - citing influences from...
Read more