Trump bets his presidency on a ‘silent majority’ 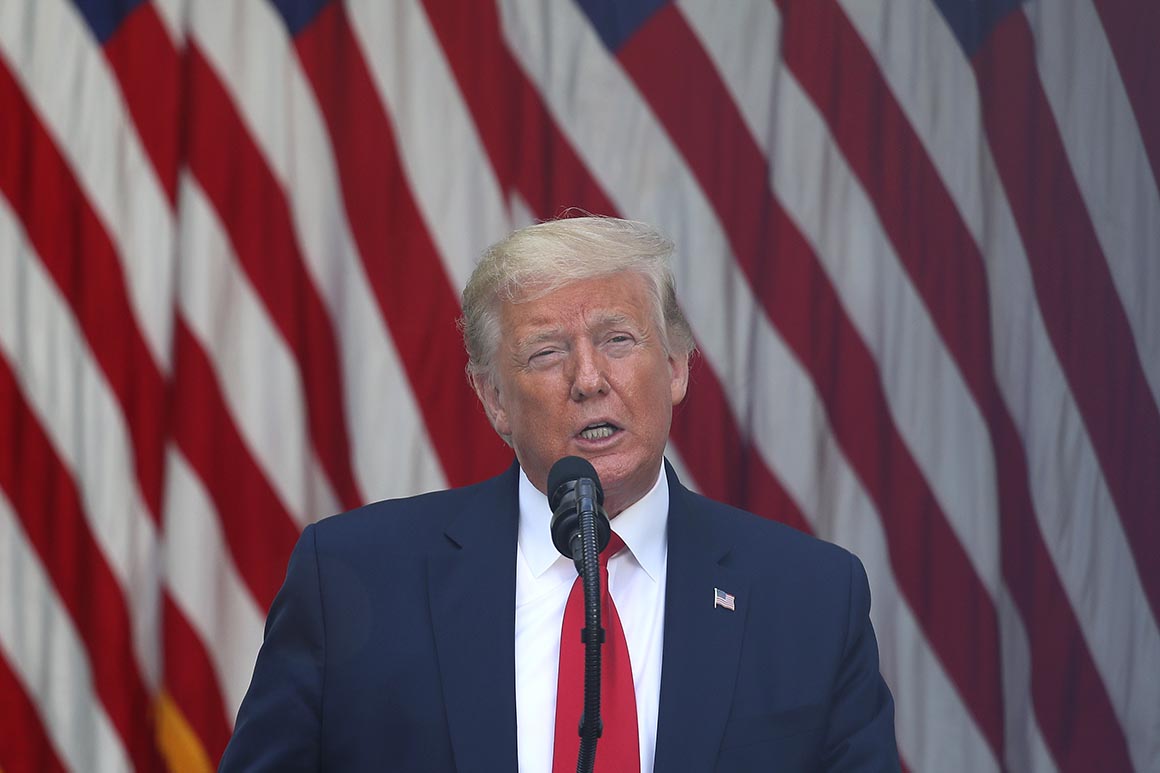 “You can’t do what Nixon called for what ‘law and order’ meant in the 1960s and ever have it succeed in America in 2020,” said Paul Maslin, a top Democratic pollster who worked on the presidential campaigns of Jimmy Carter and Howard Dean.

The changing state of the urban-suburban relationship was on display not only in the gains that Democrats made in the midterm elections, but in the reaction this week of suburban swing district Democrats to Trump. After Trump urged military action to stamp protests out, Rep. Elissa Slotkin of Michigan lamented what she called a “dangerous path for our institutions, our military — and our nation.” In Virginia, Rep. Abigail Spanberger, whose district includes the northern suburbs of Richmond, accused the president of an “incendiary act of division.”

In Minnesota, first-term Rep. Dean Phillips, appearing with protesters over the weekend, addressed his suburban constituents directly: “To the people that I represent in Wayzata and Minnetonka and Chanhassen and Long Lake,” he said, “I ask that you not be afraid to come here and to listen and to feel this pain. I ask you to be afraid if you don’t … Because if we don’t do something now, my friends, shame on all of us. We’re brothers and sisters.”

Phillips’ remarks were freighted with both a partisan and a generational response to Trump — the president’s rhetoric invoking the postwar suburban politics of the past, Phillips’ “brothers and sisters” its present.

In the suburbs, said Lawrence Levy, executive dean of the National Center for Suburban Studies at Hofstra University, “Unlike in 1968, minorities are at the table.”

And it is not just in the suburbs. Across the country, Trump’s base of white, non-college educated voters are declining as a share of the electorate as the population becomes more diverse. Trump will almost certainly carry those voters in November, but many Democrats believe Biden is poised to perform better with them than Clinton did. The former vice president did well with white, working class voters in the Democratic primary, and polls suggest he is stronger with them than Clinton was in 2016.

In addition, said John Anzalone, Biden’s pollster, “We also have a universe of non-voter that we can go to in our well,” describing a segment of the electorate, including younger voters, who sat out the 2016 election but came back out for Democrats in the midterm elections.

“We have just as good an ability to bring out people who didn’t vote in ’16 as he does,” Anzalone said.

Research on the effects of civil unrest on elections is mixed, suggesting in some cases that it has helped Democrats and in other cases, such as Nixon’s victory in 1968, Republicans. Because the lens through which the electorate is viewing the current unrest is so fractured, Floyd’s death and the resulting protests are likely to be a motivating factor for segments of both parties. On the one hand, Republicans are consuming warnings about Antifa on Fox News. On the other, Democrats hear Kamala Harris describe Trump on MSNBC as “the worst combination of George Wallace and Richard Nixon.”

Yet the concern for Democrats is that base-mobilizing events do not lift all candidates equally, and Trump has the financial advantage and the infrastructure to run up turnout in the fall.

His turnout operation was visible in the early primaries this year, when Trump — despite having no serious competition — drew Republicans to the polls at historic levels in Iowa and New Hampshire. His campaign sent hundreds of staffers to the first primary state in a test run for the general election.

The recent unrest suddenly provides a cultural wedge issue for Trump that has the potential to overshadow suburban qualms about his polarizing style or his stewardship of the coronavirus crisis.

“He will not be presented with a better opportunity” to pick up support in the suburbs, said Jeff Roe, the prominent Republican strategist who was Sen. Ted Cruz’s chief strategist in 2018.

Using lists from its campaign events alone, the Trump campaign said earlier this year that it had identified more than 1.4 million potential voters, including thousands of people across the country who did not vote in recent elections. The Trump campaign, with its trove of voter and consumer data, is already targeting messages to potential voters nationally around local issues.

“The scary thing is what they’re doing, which is quite sophisticated,” said Ken Martin, chairman of the Minnesota Democratic-Farmer-Labor Party, as Democrats are known in Minnesota. “What they’ve been doing is going after white, non-college educated males and trying to register them to vote.”

One Democratic strategist who reviewed the Trump campaign’s mobile app recently gawked at the technology’s potential to identify voters.

“I just don’t see how we do it,” the strategist said of the prospect that Biden could match Trump’s turnout operation, given “the money, the app, the targeting” on the Republican side.

Martin said the party’s polling in Minnesota shows moderate Republicans and independent voters moving away from Trump. Still, he said, “You can’t underestimate Trump’s campaign … This is going to be close.”

A Minnesota poll taken before the Floyd protests appeared to confirm as much. In October, Trump was lagging Biden by 12 percentage points in Minnesota. But after surviving an impeachment trial and the opening stages of a pandemic — and after Democrats settled on a nominee — Trump most recently was down just 5 percentage points. In a state that hasn’t gone for a Republican for president in nearly a half-century, Trump had cut his deficit by more than half.

“He’s pulled his base back together,” said Mason Dixon’s Brad Coker, who conducted the Star Tribune/MPR News/KARE 11 poll. “Not just in Minnesota, but probably in some other places.”

Bill McCoshen, a Republican strategist based in Madison, Wisconsin, one of several cities where a police car was set ablaze during the past week, said “suburban women are strong on law and order. It could realign their priorities.”

“Rural areas are super strong for the president in both Minnesota and Wisconsin,” McCoshen said. “Where he’s got to do better, because there are more voters, is in suburban areas. He’s got to hit the traditional benchmarks in those areas for Republicans.”

Former New York Rep. Steve Israel, a former Democratic Congressional Campaign Committee chairman who represented a suburban district on Long Island, said that as the video of Floyd’s brutal death circulated, it touched suburban families in a similar way that events during the Vietnam War and the civil rights movement did, resonating at dinner tables in his district, but also on the Facebook posts of suburban parents’ kids.

“The issue is, how does it play out in 20 to 30 moderate counties in seven to eight battleground states?” he said. “That’s the crux of this. And the point I guess I’m trying to make is that normally it might not influence those voters. But when their kids are bringing these issues to the dining room tables in these places, I think it potentially backfires badly on Trump with that group of voters.”

Ed Bruley, the chairman of the Democratic Party in Michigan’s Macomb County, asked, “How will Trump’s parroting of what Nixon used in ’68 work?”