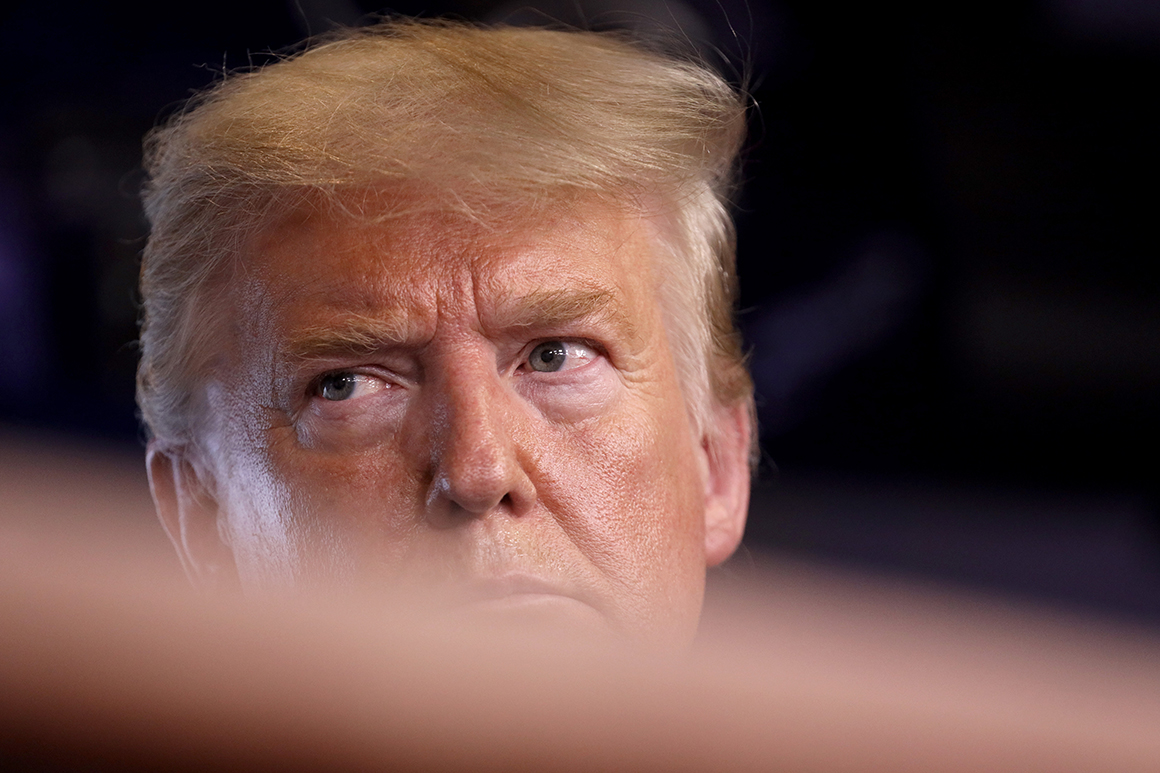 In the past several weeks, the reelection campaign and the Republican National Committee have helped to oversee maneuvering in a handful of battleground states with an eye toward stopping some Democratic efforts to alter voting laws, and to bolster Trump. The mobilization is being closely coordinated with Republicans at the state and local levels.

The Trump campaign and RNC are actively engaged in litigation in Wisconsin, where the parties are at loggerheads over an array of issues including voter identification, and in New Mexico, where the battle involves vote-by-mail. The skirmishing has also spread across key states like Pennsylvania and Georgia, where the well-organized Trump apparatus has fought over changes that could sway the outcome of the election.

The enterprise — which includes more than two dozen GOP officials, including lawyers dedicated entirely to litigation — shows how completely the pandemic has upended the 2020 election. While litigation over voting issues is not uncommon, the coronavirus — and the likely obstacles it will create for voting in November — has brought the issue to the forefront of the campaign.

The public health crisis is already injecting a huge X-factor into the election, with impossible-to-predict effects on voter turnout, and officials in both parties acknowledge the fights over voting laws could affect the outcome of the election.

Democrats — who typically benefit from high turnout elections because their voters cast ballots less reliably — are plowing ahead with initiatives to make it easier to vote. Appearing Tuesday on MSNBC, likely Democratic nominee Joe Biden described a range of possible changes, such as using drive-through voting stations.

“This is about making sure that we’re able to conduct our democracy while we’re dealing with a pandemic. We can do both,” Biden said. “There’s a lot of ways to do it, but we should be talking about it now.”

Trump advisers say they are open to certain changes, such as automatically sending absentee ballot applications to voters over age 65. But they’re opposed to other moves Democrats are pushing, such as sending every voter a ballot regardless of whether they ask for one, which Republicans argue would open the door to fraud.

Trump has long been fixated on voter fraud. He has repeatedly claimed without evidence that he lost New Hampshire in 2016 because out-of-staters cast ballots, and after the election the president set up a since-disbanded voter fraud commission. Following the disastrous 2018 midterms, Trump said that after voting, some people “go to their car, put on a different hat, put on a different shirt, come in and vote again.”

During an appearance on Fox News this week, Trump pushed back against an effort by House Democrats to secure billions of dollars for election assistance in the coronavirus relief package. The bill Trump ultimately signed included $ 400 million, a fraction of what Democrats had been seeking.

“The things they had in there were crazy. They had things, levels of voting that if you’d ever agreed to it, you’d never have a Republican elected in this country again,” Trump said.

Federal funding to help states ease voting barriers in response to coronavirus is just one front in the battle. Trump’s political apparatus is taking a state-by-state approach.

In Pennsylvania, where Democrats proposed an entirely vote-by-mail system, Trump advisers worked with the Republican-controlled Legislature to push through more circumscribed rules. They include a limited expansion of absentee voting and changes to the handling and counting of those ballots.

In Georgia, some officials are recommending sending everyone a ballot, also a no-go for Trump’s team. The president’s advisers instead advocated mailing people applications they would need to fill out and return in order to receive a ballot. The idea was approved by Georgia’s Democratic Party and Republican secretary of state.

Republicans see an advantage in the change in Georgia. They say they will be able to use their financial advantage over Democrats to reach their Georgia supporters to ensure they’re returning ballot request forms.

The Democratic offensive is being led by Marc Elias, a veteran election attorney who is currently involved in litigation in more than a dozen states. He has advocated a handful of changes in the wake of the outbreak, including providing pre-paid postage for mail-in ballots and extending the postmark deadline to Election Day.

"If states are not able or willing to rise to the occasion of the challenges that Covid-19 poses, we’re going to continue looking very seriously to the courts to protect the rights of voters and to ensure that ballots don’t go uncounted that should be counted,” Elias said.

Trump advisers say they are trying to prevent overreach on the part of Democrats, who have long sought to ease voting restrictions.

“It is beyond disgusting that the Democrats are using this crisis to try to dismantle the integrity of our voting system,” said Justin Clark, a senior Trump campaign counsel who is helping to spearhead the legal fight. “The American people won’t stand for this, and the campaign and the party intend to fight with them for a free, fair, and open vote in November."

Clark pointed to so-called community ballot collection — an idea embraced by some Democrats that would allow local organizations and individuals to collect ballots from voters at their homes — as something the Trump campaign would fight.

The pandemic is expected to increase the amount of funding the Republican Party devotes to lawsuits. The cash-flush Trump machine announced in February it was directing $ 10 million toward legal battles, but people involved in the effort say that figure is now likely to climb much higher.

In some instances, the RNC is providing financing for state parties to help with lawsuits.

“Democrats know they cannot beat President Trump at the ballot box, so they are trying to use the courts to beat him,” said RNC chief of staff Richard Walters. “We are going to use the full resources of the RNC to stop them.”

A cluster of Democratic organizations — including the national party committees, the prominent Priorities USA super PAC, and the National Democratic Redistricting Committee — have already been pursuing voting-related litigation. FairFight, an organization founded by former Georgia gubernatorial candidate Stacey Abrams, has also been active.

Biden spokesman Andrew Bates declined to comment on whether the campaign would join in the legal wrangling but said any Trump-led effort “to restrict access to voting would … amount to a craven attempt to steal the sacred right of the American people to vote.”

The battle is likely to further intensify in the days and weeks ahead. Many of the changes Democrats are seeking would likely take substantial time to implement, meaning that any action would need to take place soon.

“You can’t wait to see how this is all turning out,” said Elias, referring to the coronavirus. “You have to start doing it now.”