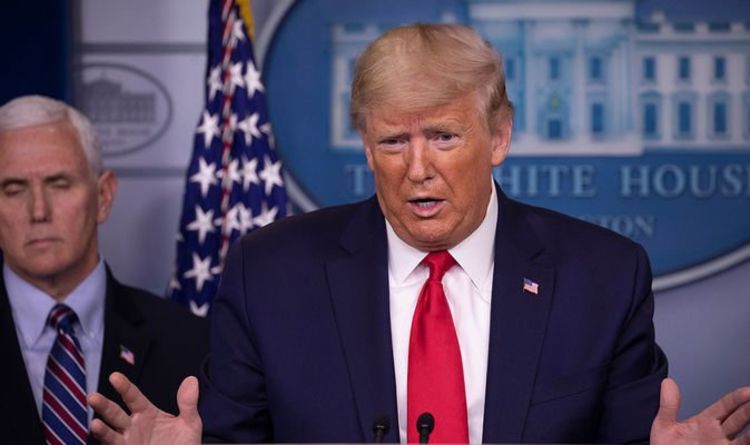 The US president made the remarks during the coronavirus briefing at the White House on Tuesday. He said: “We’ll also be able to help countries who are desperate for ventilators.
The UK called today and wanted to know whether it would be possible to get 200 and we have to to work it out, we will work it out, they’ve been great partners the United Kingdom.”

Only last week Mr Trump told reporters that Boris Johnson had pleaded with him for more ventilators during a phone call.

He said: “Before he even said hello, he said ‘We need ventilators’”.

It comes as the Prime Minister remains for a second night in intensive care at St Thomas Hospital and as the UK death toll from COVID-19 rose by another 786, bringing the total fatalities to 6,159.

The UK is believed to have a stock currently of around only 8,000 ventilators.

Ministers have suggested that the NHS will need at least 30,000 to be able to cope with the expected demand.

Orders have been placed with UK engineering firms to try and make up the shortfall but these are expected to take some time to manufacture.

In addition, the government has ordered another 8,000 from overseas to add to its existing stock, meaning that the UK is aiming to equip hospitals with 46,000 ventilators in total, according to the Business Insider.

However, last Wednesday a Downing Street spokesman admitted that only 30 of the machines would be delivered to the UK this week.

“We are worried about groups all around the globe,” she said.

“I don’t know if you heard the report this morning, there are 8,000 ventilators in the UK.

“If you translate that to United States, that would be like the United States having less than 40,000 ventilators. We have five times that.”

Britain had an opportunity to join an EU scheme to source ventilators and other medical supplies to treat coronavirus, but decided not to participate.

Initially, Number 10 said it chose not to do so because the UK was no longer a member of the EU and was “making our own efforts”.

That decision was severely criticised, with some accusing the prime minister of putting “Brexit over breathing”.

Downing Street then clarified that missing out was an error and it would consider participating in the scheme later.

On Tuesday, the Formula 1 team Mercedes announced that it had made the design of a new breathing-aid device it developed freely available to help fight the COVID-19 crisis.