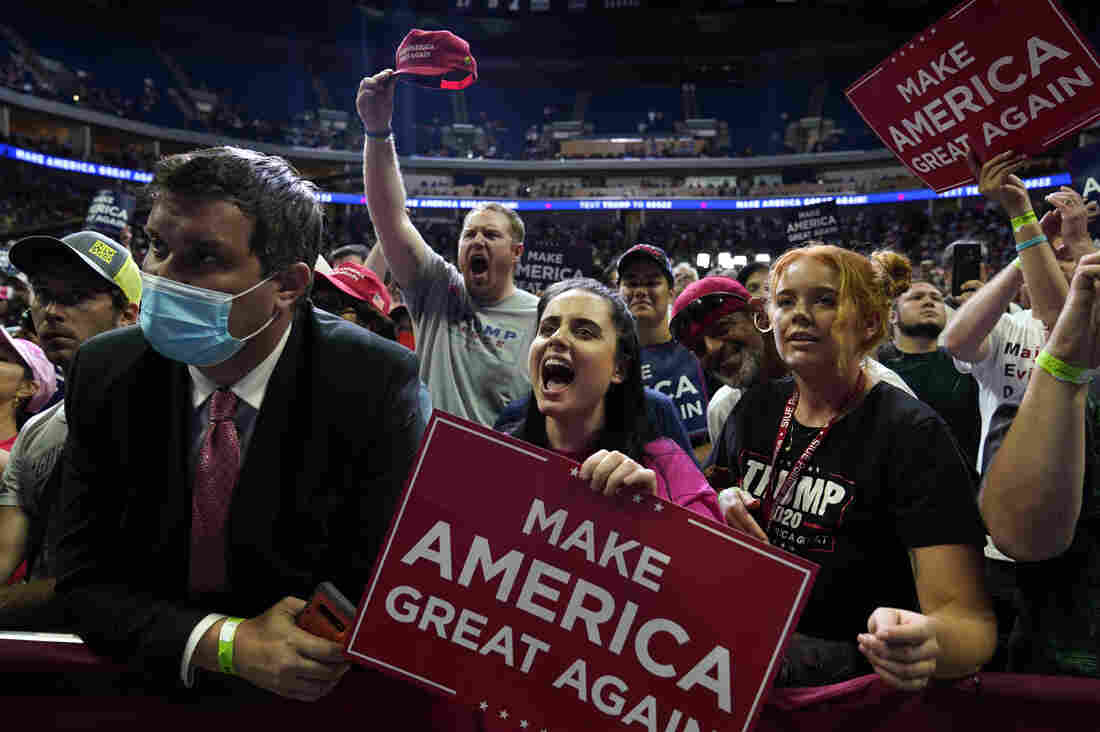 Supporters of President Trump’s cheer as they attend a campaign rally at the BOK Center Saturday in Tulsa, Oklahoma. Evan Vucci/AP hide caption 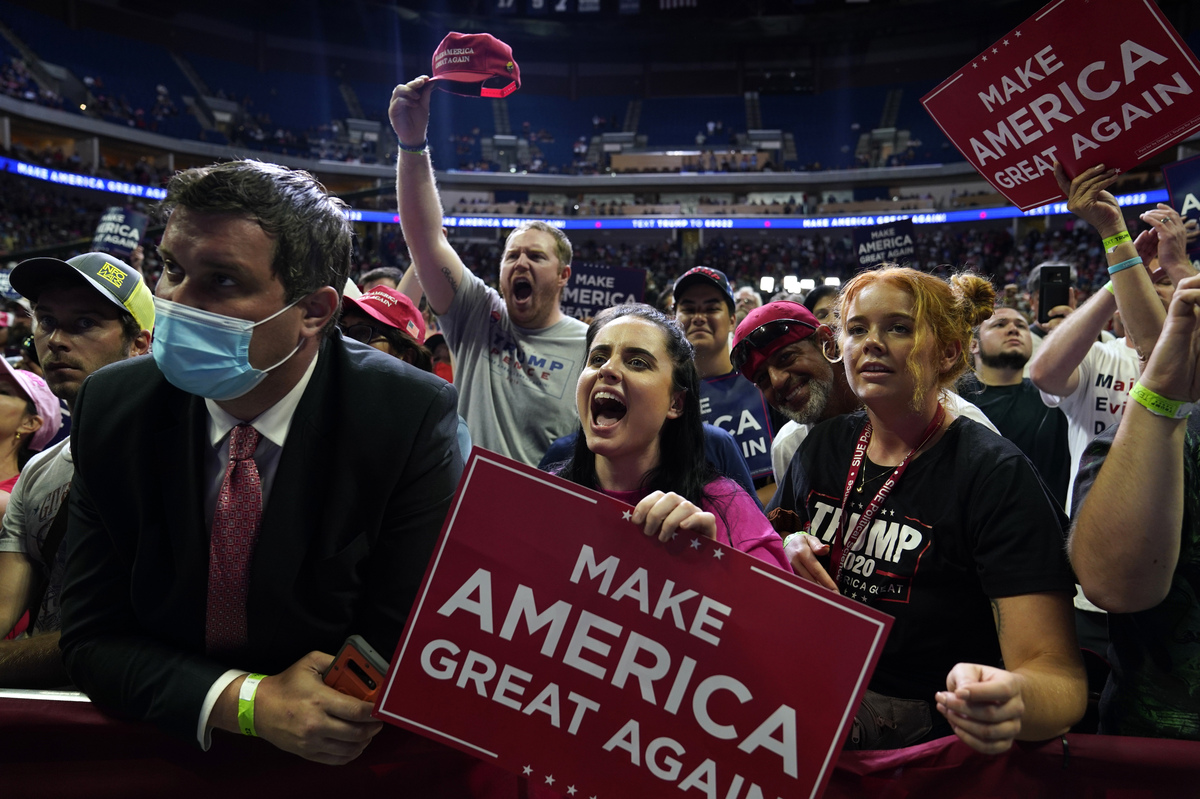 Supporters of President Trump’s cheer as they attend a campaign rally at the BOK Center Saturday in Tulsa, Oklahoma.

President Trump and his campaign promised an overflow crowd in Tulsa, Okla., on Saturday, both inside and outside the 19,000-capacity arena.

It was going to be so big, both he and Vice President Pence were slated to give speeches both inside and out.

Inside the arena, thousands gathered for Trump’s first rally since the coronavirus outbreak. They filled the lower portion of the arena and scattered in the upper section, but it wasn’t full.

The campaign blamed it on protesters.

“President Trump is rallying in Tulsa with thousands of energetic supporters, a stark contrast to the sleepy campaign being run by Joe Biden from his basement in Delaware,” campaign spokesman Tim Murtaugh said in a statement. “Sadly, protestors interfered with supporters, even blocking access to the metal detectors, which prevented people from entering the rally. Radical protestors, coupled with a relentless onslaught from the media, attempted to frighten off the President’s supporters. We are proud of the thousands who stuck it out.”

There were certainly protesters, but those on scene reported largely peaceful protests.

Our @CBSNews team stood at the W Fourth St security barricade for over an hour and watched as state police & national guardsmen blocked it. Trump supporters expressed disappointment when the entrance closed, but none of them appeared shaken or intimidated by peaceful protesters. https://t.co/k12dgdIP9a