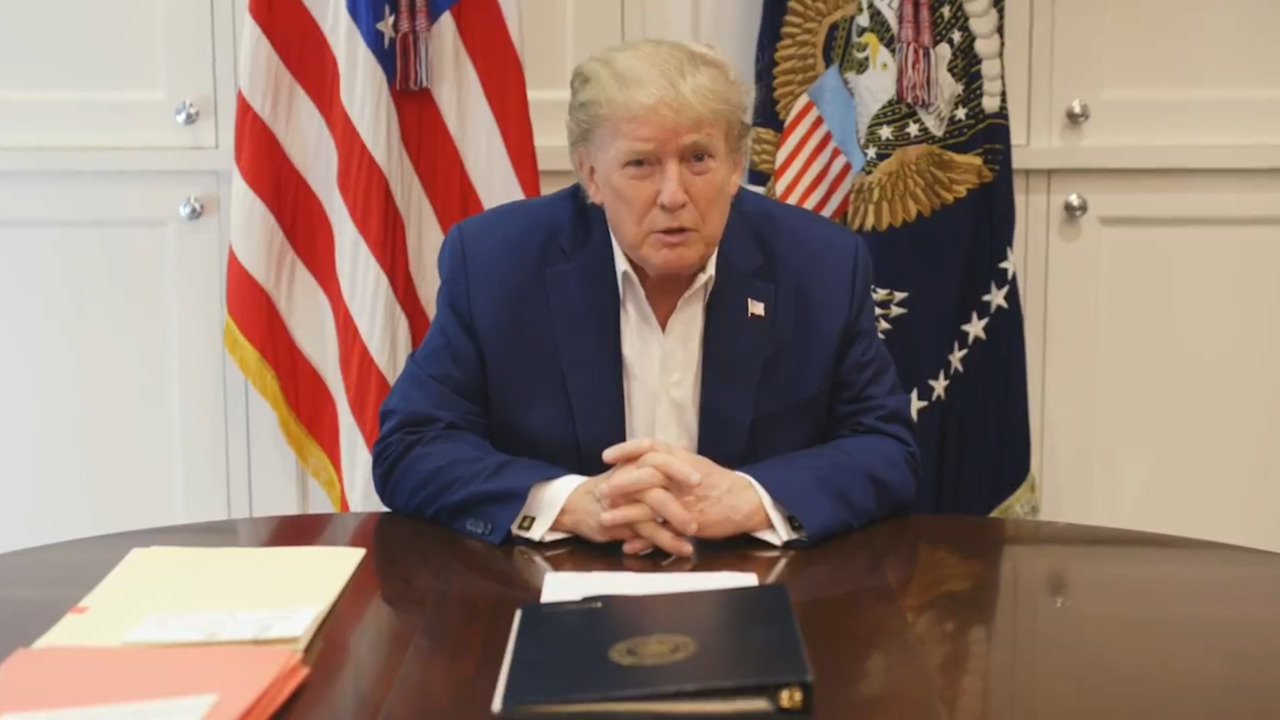 But the president’s upbeat comments contradicted messaging from White House officials, including White House chief of staff Mark Meadows, who said earlier Saturday that Trump’s situation was more severe before his trip on board Marine One to the Walter Reed Military Medical Center in Bethesda.

In the video update, Trump said he’s feeling “much better.”

“I came here, wasn’t feeling so well, I feel much better now. We’re working hard to get me all the way back, I have to be back because we still have to make America great again.”

Press Secretary Kayleigh McEnany later Saturday posted an update on the president’s health from White House physician Sean Conley, who said the president “continues to do well, having made substantial progress since diagnosis.”

Trump “has been up and moving about the presidential suite without difficulty,” the statement said, adding on the president’s condition, “While not yet out of the woods, the team remains cautiously optimistic.”

Meadows, speaking Saturday night to Fox News’ Jeanine Pirro, said Trump had “made unbelievable improvements from yesterday morning when I know a number of us, the doctor and I were very concerned.”

“I can tell you the biggest thing we see is with no fever now, and with him doing well with his oxygen saturation levels — yesterday morning we were concerned with that,” Meadows added.

Eric Trump, the president’s son, also speaking to Pirro, said he talked on the phone with his father for “20-25 minutes,” adding that he “sounded clear, he sounded great.”

In the video, Trump also commented on the first lady’s health, saying Melania is handling the diagnosis “very nicely.”

“As you’ve probably read she’s slightly younger than me, just a little tiny bit and therefore just we know the disease, we know the situation with age versus younger people, and Melania is handling it statistically like it’s supposed to be handled,” he said.

Trump also called personal attorney Rudy Giuliani on Saturday afternoon, according to the New York Post, delivering a defiant message on his pre-diagnosis actions and saying he felt so good he could get out of the hospital “right now.”