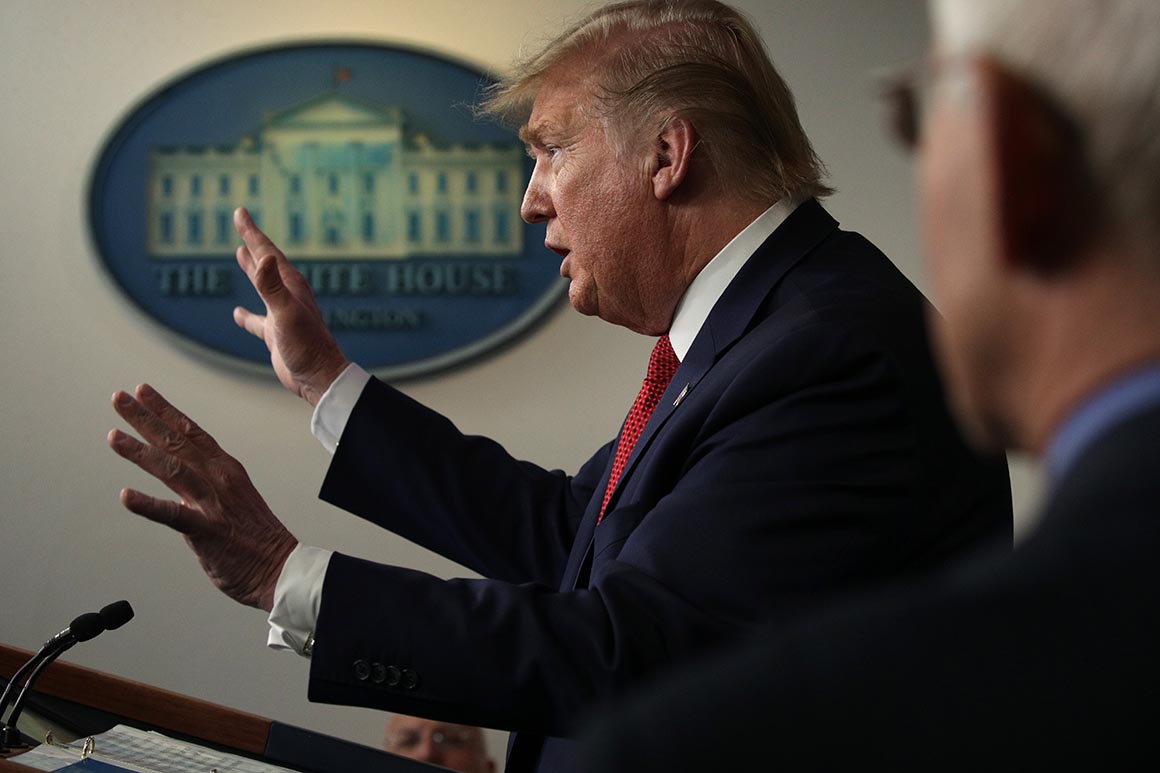 “In recent days we’ve seen a dramatic increase in the number of tests performed by hospitals and academic institutions,” Trump said. “Some of the media falsely reported this as a bad thing when in fact it’s a great thing because it indicates that the states are moving to faster, more local testing solutions including on the spot tests.”

POLITICO earlier this week first reported commercial lab testing has dramatically slowed, dropping from 108,000 tests run on April 5 to 75,000 on April 12, despite rising cases of coronavirus in many parts of the country. A spokesperson for the Department of Health and Human Services also told POLITICO on Tuesday that the department had seen a downtick in nationwide testing in recent days.

The American Clinical Laboratory Association, which represents commercial labs, praised efforts to increase testing capacity but slammed the Trump administration and Congress for not laying out clear testing goals. Commercial labs say they are sitting on excess capacity and are ready to do more testing.

“We need to look to the future — the time is now to agree on what testing is needed and at what volumes, and put in place the resources to enable it to happen,” ACLA President Julie Khani said. “That takes federal leadership.”

Former FDA Commissioners Mark McClellan and Scott Gottlieb argued in a recent white paper that a robust sentinel surveillance system will be needed to stop new outbreaks of coronavirus in the future once the current epidemic is under control.

Gottlieb told POLITICO up to 3.8 million tests per week may be needed as part of that effort. In the past week, the United States conducted just over 1 million tests.

White House coronavirus coordinator Deborah Birx told reporters Thursday that many hospitals have moved to point-of-care tests, but it is unclear what new capacity has been recently added.

“The Task Force has engaged in extensive conversation with end users and analyzed data on the supply of test kits over time, which indicates a major shift to and major utilization of point-of-care testing," a task force official said Thursday night. "Based on this data and feedback, it appears that the increase of point-of-care tests far exceeds the drop in commercial lab testing.”

Abbott, which manufactures a 15-minute point-of-care coronavirus test, has been producing 50,000 of them daily. But the company says it will take until June to expand manufacturing to approximately 65,000 per day. Cepheid, another major manufacturer, also is making point-of-care tests but has not disclosed how many tests it is distributing per day.