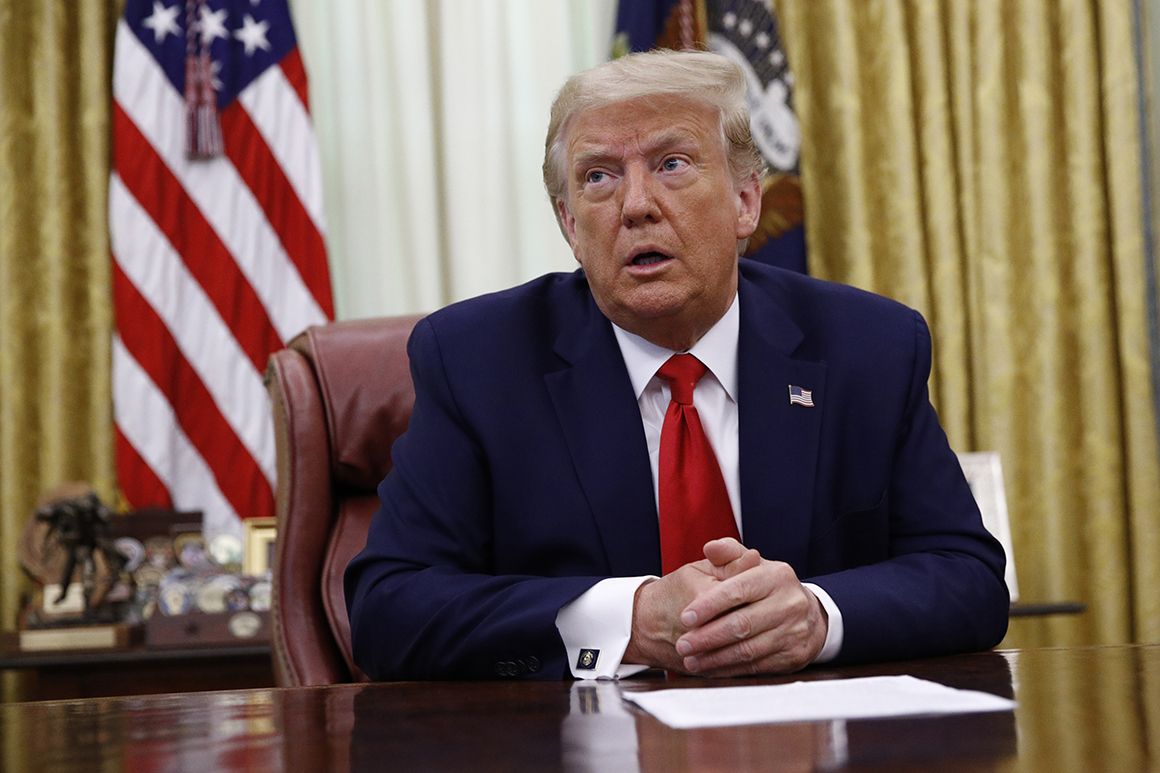 Trump’s thinking, of course, is always evolving. The president has been fixated on a payroll tax cut for months, even though it has fallen on deaf ears on Capitol Hill — Senate Republicans and House Democrats don’t care for the proposal, and have resoundingly rejected it.

However, Vice President Mike Pence told House Republicans in a conference call this week that they should be advocating for a payroll tax, according to sources on the call.

White House officials have also been talking to Senate GOP leaders about potential elements of a new Republican coronavirus relief bill to be unveiled next week, although there is no sign yet whether Majority Leader Mitch McConnell (R-Ky.) will include it in that package. Senate Finance Committee Chairman Chuck Grassley (R-Iowa) has signaled he doesn’t like the idea, and House Democrats have called it a non-starter.

“Chairman Grassley looks forward to working with the Administration and his fellow lawmakers on the next coronavirus bill,” said Michael Zona, a Grassley spokesperson. “A number of tax relief proposals will be part of the discussion.”

Negotiations will start in earnest next week, when both chambers come back into session following a two-week recess. Speaker Nancy Pelosi (D-Calif.) suggested Thursday that she has been in touch with individual Senate Republicans in advance of the talks, but there’s no sign that she and McConnell have held any discussions.

Treasury Secretary Steven Mnuchin has served as the lead negotiator for the White House on previous coronavirus relief bills, but there haven’t been any talks with Hill Democrats up until this point.

Trump’s demands for a payroll tax cut come as Senate Republicans, led by McConnell and Sen. John Cornyn (R-Texas), are finalizing language for liability protection, a key priority for the GOP.

According to a summary of the liability reform provision reviewed by POLITICO, it would provide temporary protections for schools, colleges, charities, churches, government agencies or businesses from lawsuits because of coronavirus exposure. Those entities would only be liable “if they failed to make reasonable efforts to follow applicable public-health guidelines” or committed “an act of gross negligence.” The provisions are expected to last until 2024, a likely sticking point with Democrats.

The proposal would also provide additional protections for frontline medical workers and protect employers from lawsuits stemming from stay-at-home orders or from injuries resulting from coronavirus testing.

The summary of the proposal was first reported by the Wall Street Journal.

In addition, the proposal would limit liability for products that meet certain FDA requirements, including types of protective gear. The liability protections are a key priority for schools and universities looking to reopen in the fall.