Trump disavows his own administration’s guidance for reopening schools 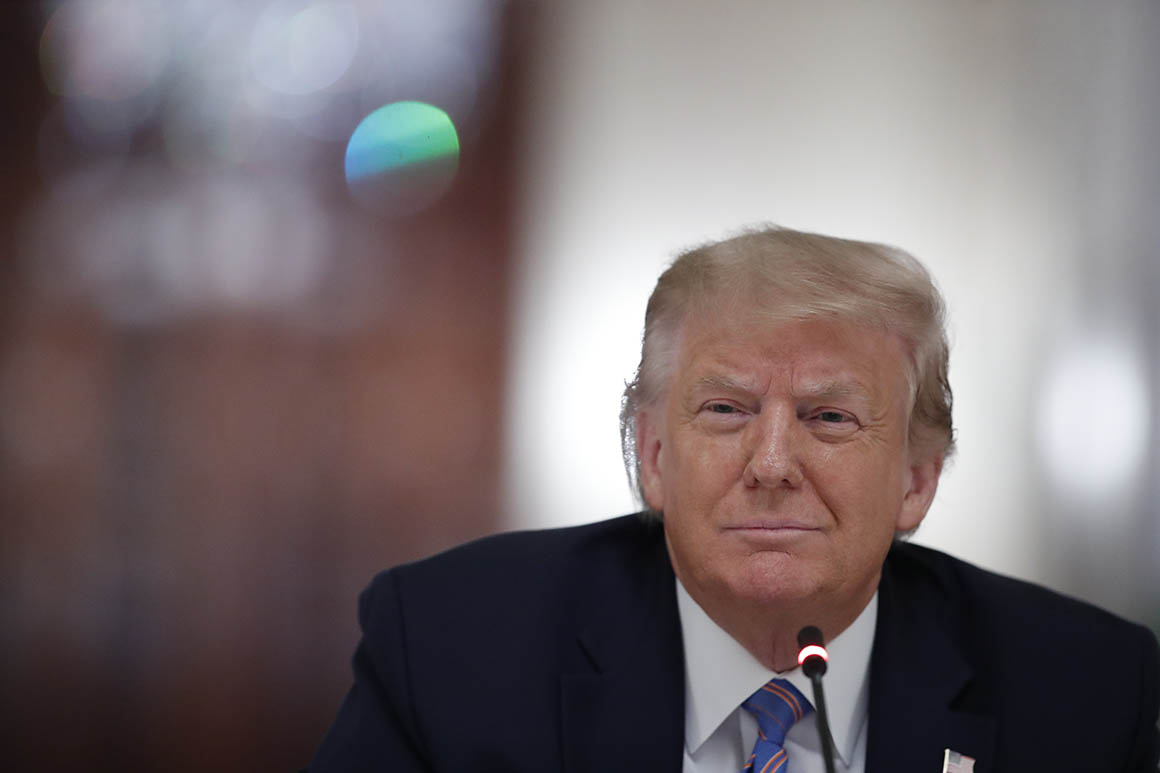 Secretary of Education Betsy DeVos issued the same warning Tuesday night, telling Fox News’ Tucker Carlson she was “very seriously” considering withholding taxpayer dollars from schools that refuse to open their doors this fall. “Kids have got to continue learning,” she said.

At a news briefing of the White House coronavirus task force that took place Wednesday at the Education Department, various Cabinet secretaries and senior administration officials echoed the president’s call to reopen schools, while Vice President Mike Pence announced the Centers for Disease Control and Prevention would publish “additional guidance” next week.

“I think what the president was saying this morning is that if there are aspects of the CDC’s recommendations that are prescriptive or that serve as a barrier to kids getting back to school, we want governors and local officials and education leaders to know that we’re here to work with them, to support the measures they’re putting into place,” Pence said, seeking to clarify Trump’s tweet from earlier in the day.

For his part, CDC Director Dr. Robert Redfield repeatedly emphasized that his agency’s guidance “is intentional for reopening and keeping our schools open,” and should in no situation be “used as a rationale to keep schools closed.” Redfield also said after the briefing he would not alter the guidance based on Trump’s criticism, telling reporters: “I think the president and I are totally aligned.”

The White House this week has noticeably escalated its monthslong drive to reopen schools, a pressure campaign closely linked to Trump’s broader effort to jump-start the national economy. Having students head back to class could help relieve parents grappling with the difficulties of at-home learning and increased childcare responsibilities, potentially allowing them to reenter the workforce.

“The pace and structure of our national life is built around the expectation that our young people will be in school in person during this school year,” Labor Secretary Eugene Scalia said at Wednesday’s task force briefing, casting schools’ reopenings as “really, critically important to our national reopening.”

Health and Human Services Secretary Alex Azar similarly described the safe reopening of schools as perhaps the “single most important thing that we can do to support healthy families” during the pandemic.

Although DeVos demanded that schools “must fully open” and “must be fully operational” in the fall, Pence appeared to acknowledge that students in some coronavirus hotspots may attend classes virtually.

“I think we would account for the fact that, while we hope every school in America is able to open this fall, there may be some states and local communities that, given cases or positivity in that community, may adjust to either a certain set of days or certain limitations,” he said. “And we’ll be very respectful of that.”

As the United States experiences a resurgence of coronavirus infections, with spikes across the South and West, many state and local leaders have remained hesitant to reopen schools or take any actions that could exacerbate already soaring Covid-19 caseloads.

The financial strain will also be significant: An average school district could incur more than $ 1.7 million in additional expenses to reopen for the 2020–2021 school year, according to data from the American Association of School Administrators.

Nevertheless, Trump tweeted Monday that “SCHOOLS MUST OPEN IN THE FALL!!!” He went on to claim, without evidence, that former Vice President Joe Biden and other Democrats “don’t want to open schools in the Fall for political reasons, not for health reasons,” adding that they “think it will help them in November.”

During events at the White House Tuesday focused on reopening schools, Trump said he would “put pressure” on reluctant governors and even offered praise for Redfield, whose agency he contradicted Wednesday on Twitter.

Michael Stratford contributed to this report.