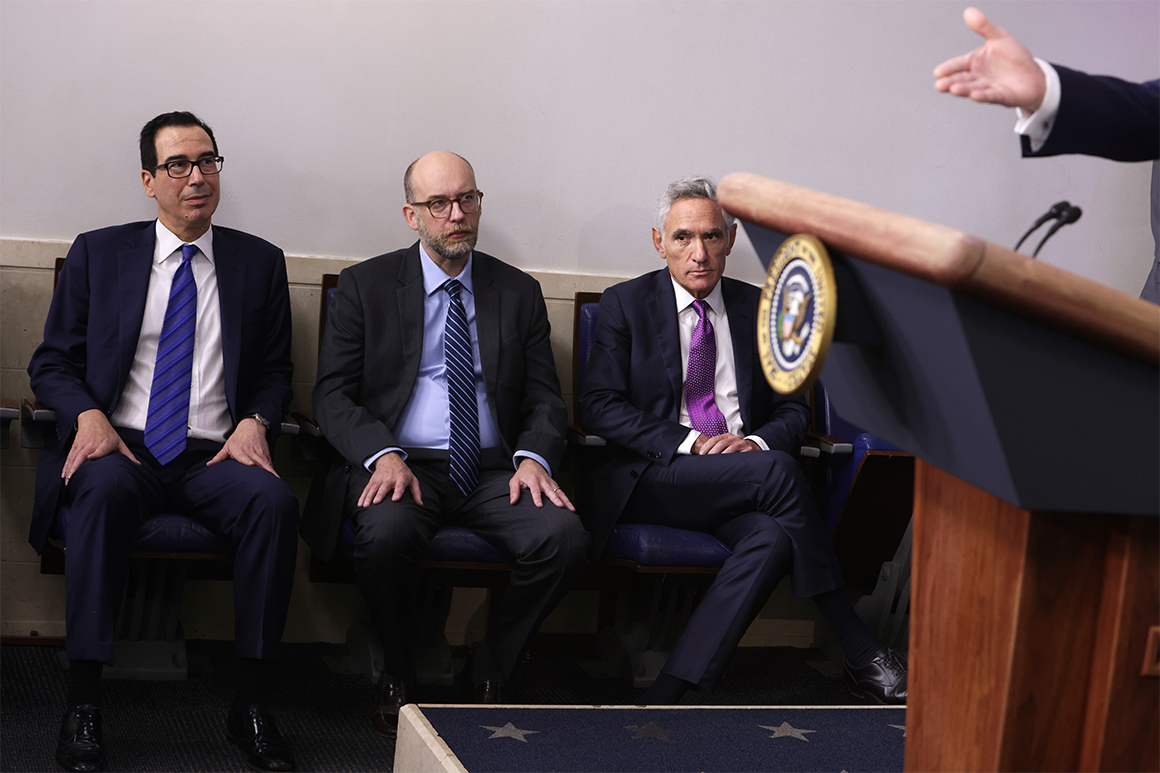 Atlas, upbeat and relentlessly on message that Americans should resume life as much as they can, is the live embodiment of the president’s Covid-is-not-that-big-of-a-deal approach. Where school superintendents and football conference officials see a risk of the virus’s spread this fall, he cautions against too-strict measures. During Fox News appearances, he has downplayed the need for students to wear face coverings or practice social distancing if schools do reopen.

“It is proven children have no significant risk,” he said during a July 15 TV appearance. It’s a line that Trump has parroted but that hasn’t been borne out in districts where in-person learning has resumed: Schools in Georgia, North Carolina and Indiana have had to shut down shortly after starting the year because of positive cases.

In private meetings at the White House, Atlas has irritated other aides by arguing against expanded Covid-19 testing. He opposed a proposal championed by Dr. Deborah Birx, the response coordinator for the White House coronavirus task force, to scale up home testing through methods such as saliva tests. And recently, in a task force meeting, he told Dr. Anthony Fauci, the nation’s top infectious disease expert, that science does not definitively support government mandates on wearing masks. (The Centers for Disease Control and Prevention recommends that Americans wear masks when they interact with those outside of the home and in instances when social distancing is not possible.)

Atlas’ elevation inside the White House comes at a time when Trump aides are trying to give the perception of doing everything they can to fight the virus and find a vaccine roughly 80 days from the election, as the rate of infection climbs and the United States’ testing capacity falls short. Trump has sidelined or lashed out at many of his top health professionals, including Fauci and Birx, and has welcomed the different medical perspective Atlas provides, one senior administration official said.

Critics, including other conservatives and health officials, say he is shading science and facts with a partisan lens to elevate himself and gain power in Republican circles.

“At the end of the day, this is a problem for Stanford,” said one former colleague from the Hoover Institution, the right-leaning think tank at the university where Atlas is a fellow. “Look, we have an administration that is lying about the virus, and they are grasping for anyone in a senior academic role. When they can use that branding and that title, it is instant credibility and that is what the administration is looking for.”

Judd Deere, the White House deputy press secretary, said in a statement: “We are all in this fight together, and only the media has distorted and diminished Dr. Atlas’ highly acclaimed career simply because he has come to serve the President. Dr. Atlas, like all of the medical experts in the Administration, is working to carry out the President’s number one priority: protecting the health and safety of the American people.”

A few weeks ago, Atlas officially joined the administration as an adviser, and in a short time he has become a frequent presence in the Oval Office and around the White House complex.

He spoke publicly at a White House event about school reopening and appeared at one of the president’s evening briefings, the only medical professional to do so in recent weeks. He has quickly established himself as a voice pushing for the resumption of daily activity, including the playing of college football and opening of schools — which Trump advisers and aides see as a key marker of normalcy that will help Trump’s reelection campaign.

Far more significantly, he’s part of a tiny group of advisers who meet every morning to chart the daily response to Covid-19: a group that includes long-standing aides like Kushner and Stephen Miller. He has gained influence so quickly that he even helps to prepare the president in the Oval Office for the newly revived evening briefings and makes suggestions for Trump’s opening remarks, according to interviews with six senior administration officials and Republicans close to the White House.

Atlas frequently questions or spars with other administration officials about data on the spread of the virus, or the efficacy of the government’s requiring people to wear masks, or the merits of broadening testing among the broader population — all of which other health professionals consider key planks in combating the virus, a sort of Pandemic 101.

He has become the president’s go-to Covid-19 doctor, the anti-Fauci, even if he does not have a background in infectious diseases or epidemiology. Instead, his specialty lies in radiology and neuroradiology, subjects he taught for many years as a professor and chief of neuroradiology at the Stanford University medical Center.

“There is nothing inherently bad with having a management leader of a task force who is not a subject-matter expert, like an epidemiologist,” said Juliette Kayyem, a former top Obama Department of Homeland Security official who was heavily involved in the response to the H1N1 pandemic.