Trump family could be on verge of ‘biggest deal in... 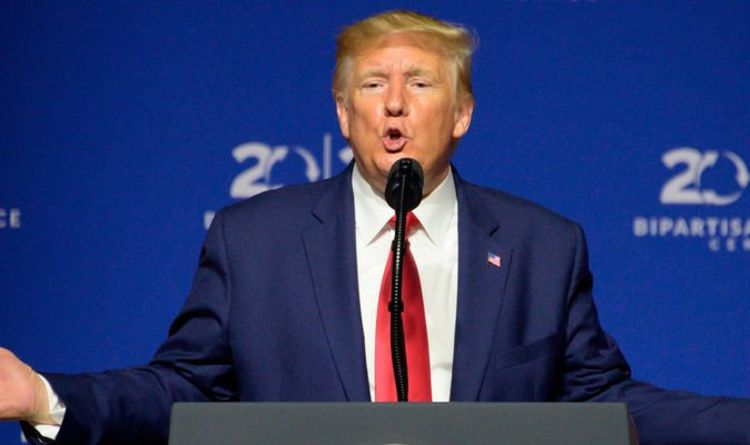 Speaking to the Wall Street Journal, Eric Trump, said the organisation is exploring potential selling the rights to the Trump International Hotel in Washington. The company leased the history old post office building for sixty years beginning in 2013 but could look to sell rights to it for $ 500million (£390million), which would be one of the most lucrative in industry history. The younger Mr Trump said: “Since we opened our doors, we have received tremendous interest in this hotel and as real estate developers, we are always willing to explore our options.

“People are objecting to us making so much money on the hotel, and therefore we may be willing to sell.”

The company paid $ 200million (£156million) renovating the building and pays the government $ 3million (£2.3million) a year in rent.

Critics have said the hotel poses ethical concerns from the US leader.

The president of the United States is banned from receiving gifts or emoluments from foreign governments.

The Former Mexican ambassador to Washington, Arturo Sarukhan, said he was told by a US diplomat that foreign dignitaries had stayed in the hotel on official visits.

Trump is facing several pending judgements accusing him of violating the emoluments clause.

One case, CREW (Citizens for Responsibility and Ethics in Washington) v Trump, was dismissed in December 2017.

Trump is bookies favourite according to Oddschecker and the highest ranked individual who has confirmed they are standing is Mr Weld in seventh.

Elizabeth Warren, Massachusetts Senator is favourite for the Democrat nomination.

Trump is favourite to win the final election.

Should he win, it will be his final term as US President, as by law, he is limited to just two.

George HW Bush was the last President not to win a second term, losing to Bill Clinton in 1992.

With Mr Bush being Vice-President to Ronald Reagan, it was the first time since 1976 that he was not on the winning ticket.

Franklin D Roosevelt, died during a fourth term, when the term limit was set in law having previously just been tradition as George Washington had done the same.