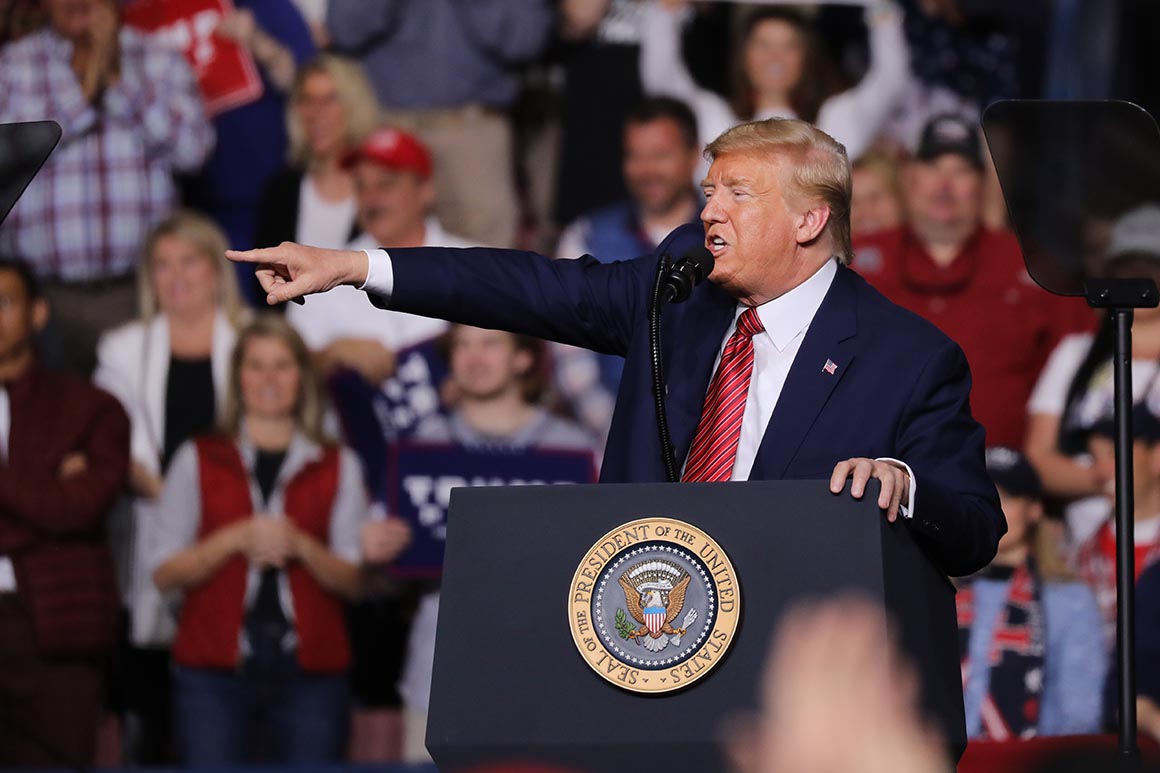 With less than five months left before the election, polls show Trump lagging behind presumptive Democratic nominee Joe Biden in most national polls. And his standing has fallen in many key states, such as Ohio and Iowa, and even in traditionally red states, such as Arizona and Georgia, in both public and campaign polls.

Trump campaign spokesman Tim Murtaugh declined to comment on specific personnel moves but said “additions to the campaign only solidify Brad Parscale’s leadership.” He also disputed concerns about polling. “In our data, the president is running strongly against a defined Joe Biden,” he said.

Some Trump aides are counting on the fact that the president often seems to defy expectations — just as he did when he prevailed against Hillary Clinton in 2016 — and downplayed his musings about bringing back 2016 staffers. They say Trump is being nostalgic, fondly remembering the days when he had a small close-knit group running an uphill battle as opposed to the impersonal, mammoth operation he has now between the White House, campaign and Republican National Committee.

“It’s the camaraderie that he misses,” said a former campaign official, who also speaks to Trump. “He had a small group of people with unquestionable loyalty.”

It’s unlikely that hiring a handful of 2016 staffers will fundamentally change the campaign unless they take on top-level jobs at headquarters, but they could help the president’s prospects in pivotal states. The campaign, with staff spread out across the country, already is nearing 1,000 people.

Trump allies had expected the president to run on a booming stock market, rising wages and continued job growth, but acknowledge he’s lost ground since the start of the year with one crisis after another: The administration’s sluggish response to the coronavirus pandemic left states without medical supplies and tests early in the crisis. The decimated economy spurred as many as a quarter of U.S. workers to lose their jobs. Protesters continue to take to the streets after the death of George Floyd, a 46-year-old black man killed at the hands of Minnesota police.

And Trump regularly straying from his own message causes other problems, they say. Last month, for instance, he repeatedly suggested without any evidence that MSNBC host Joe Scarborough had committed murder as a congressman in Florida in 2001.

“The president thinks he should be winning in a huge way,” one of the Republicans said. “He refuses to acknowledge his own weaknesses.”

Parscale and Jared Kushner, the president’s son-in-law and White House senior adviser who plays a leading role at the campaign, have been making staff changes over the last few months but the intensity has grown in the last couple of weeks, the Republicans say.

At the White House, Hope Hicks, one of Trump’s most trusted confidants, returned as a senior adviser while Johnny McEntee, who helped organize trips in 2016, rejoined the administration as director of the office responsible for filling hundreds of top political jobs. Dan Scavino, the director of social media who sometimes tweets from Trump’s account, was promoted to deputy chief of staff for communications in April. Kellyanne Conway, who was Trump’s campaign manager, has been senior White House counselor for his entire first term.