Trump hints at using federal programs to provide coverage after... 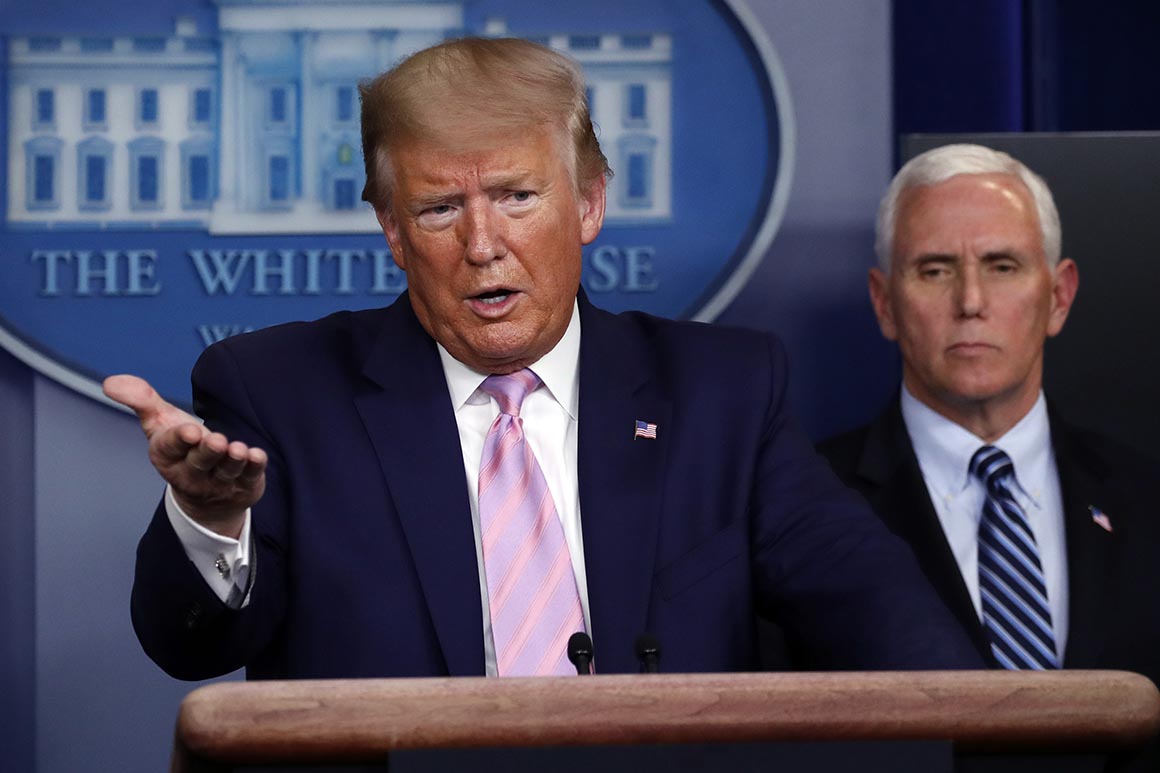 In Connecticut, officials said they’ve been overloaded with calls ahead of the Thursday deadline for the state’s special enrollment period. Washington state, the first to reopen enrollment as it became the country’s first coronavirus hot spot, also announced it’s extending sign-ups for another 30 days, through May 8.

But the majority of states, which are dependent on HealthCare.gov, face a much tougher road.

Joshua Peck, a former Obama administration official who co-founded the nonprofit Get America Covered to encourage enrollment, said his group is still evaluating how best to promote Obamacare for people who have just lost their job and may qualify for special enrollment. Whatever the group decides to do, he said, it will be limited compared to the resources the federal government could have marshaled.

“Even in the best-case scenario of what a small nonprofit like us can do in the face of tens of millions of people who need to hear about resources that are available to them — we’re just not equipped to operate at that scale,” he said.

Ray said the Florida enrollment group she heads is trying to sort through a “mess” as it faces a flood of questions about insurance options. In Florida, one of the Medicaid expansion holdout states, there’s an estimated 390,000 low-income uninsured adults who don’t earn enough for subsidies to buy private insurance but who make too much to qualify for Medicaid.

“I think we’re not creating a good scenario for people to feel they can safely access care and that they’re being protected,” Ray said. “We’re finding out how weak our safety net is.”

And other poor non-expansion states are starting to grapple with their outreach challenge. Roy Mitchell, executive director of the Mississippi Health Advocacy Program, said he’s still trying to assemble the resources for some “rudimentary” outreach after his program’s outreach budget lost considerable funding from a foundation.

“The loss of public and private funding for community outreach and education on health coverage could not have come at a worse time,” he said.

For Obamacare critics and supporters alike, the pandemic has also spotlighted the law’s flaws — namely, high premiums and deductibles for customers not receiving generous subsidies. But in a health system largely based around job-based insurance, the soaring unemployment rates mean that for a growing number of Americans, the law proves to be their only guarantee of insurance during a pandemic.

“The top priority is meeting the needs of the day,” said Stan Dorn of the liberal advocacy group Families USA.

A senior administration official pointed out many of the newly jobless may still qualify for a special enrollment period under the law, and they may be able to temporarily keep their workplace plans under the health insurance law known as COBRA. That’s a particularly pricey option, though, so laid-off workers would have to pay the plan’s full cost without employer help.

Doug Badger, a visiting fellow at the conservative Heritage Foundation, said the debate over reopening Obamacare enrollment should be moot after the most recent massive stimulus package flooded more money into the health care system. He said this should alleviate any immediate need to expand the health care law, since Congress has already guaranteed free testing and allocated $ 100 billion to help health care providers cover the cost of treatment.

“Opening more people up to premium subsidies will benefit the insurance companies but is not the most effective way to help the uninsured,” he said.

Still, there’s no guarantee treatment will be covered for uninsured or even all insured coronavirus patients, and Democratic lawmakers said their next rescue package should ensure no one gets a bill. The major health insurance lobbies, who supported reopening HealthCare.gov, haven’t signaled what they’ll push for in the next round of congressional negotiations after the third package mostly left them out.

But Ceci Connolly, president of the Alliance of Community Health Plans, which represents small nonprofit insurers, said her organization keep up messaging around special enrollment.

“Community health plans will be spreading the word,” she said.